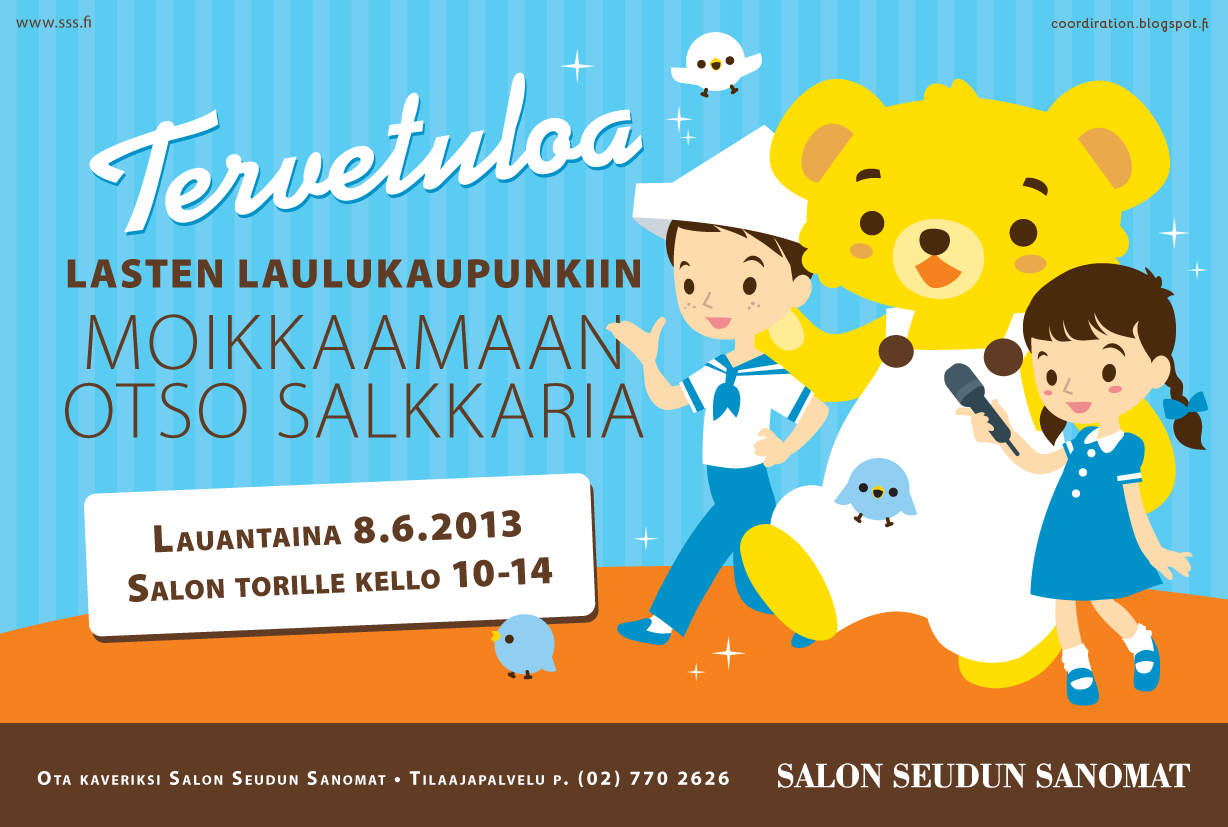 As one of the major affiliates, newspaper Salon Seudun Sanomat takes part in the annual childrens' music event held in Salo, Lasten Laulukaupunki, each year. These ads were created to advertise the appearance of the paper's mascot Otso Salkkari at the event, and they appeared in both Salon Seudun Sanomat and in the event's own publication between years 2008 and 2014. 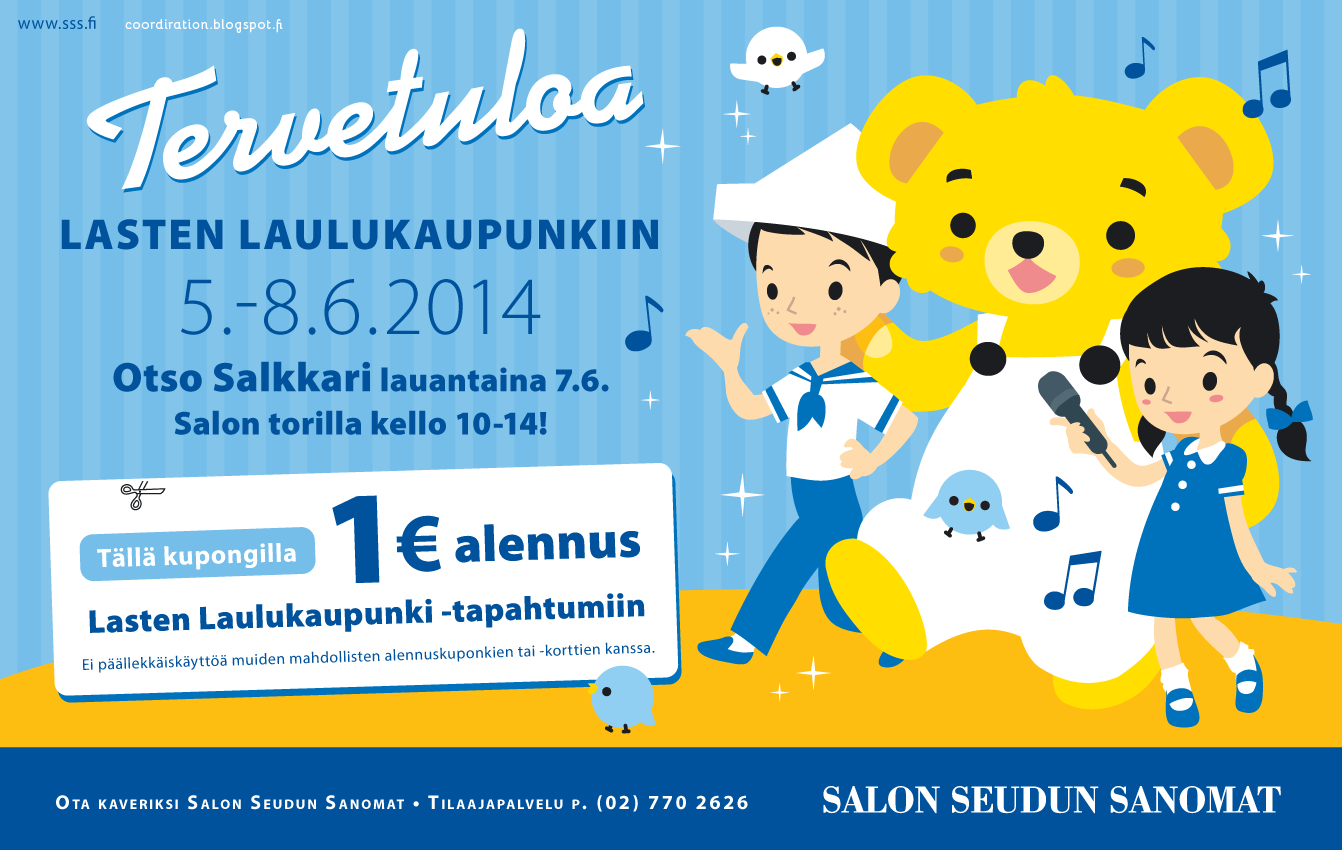 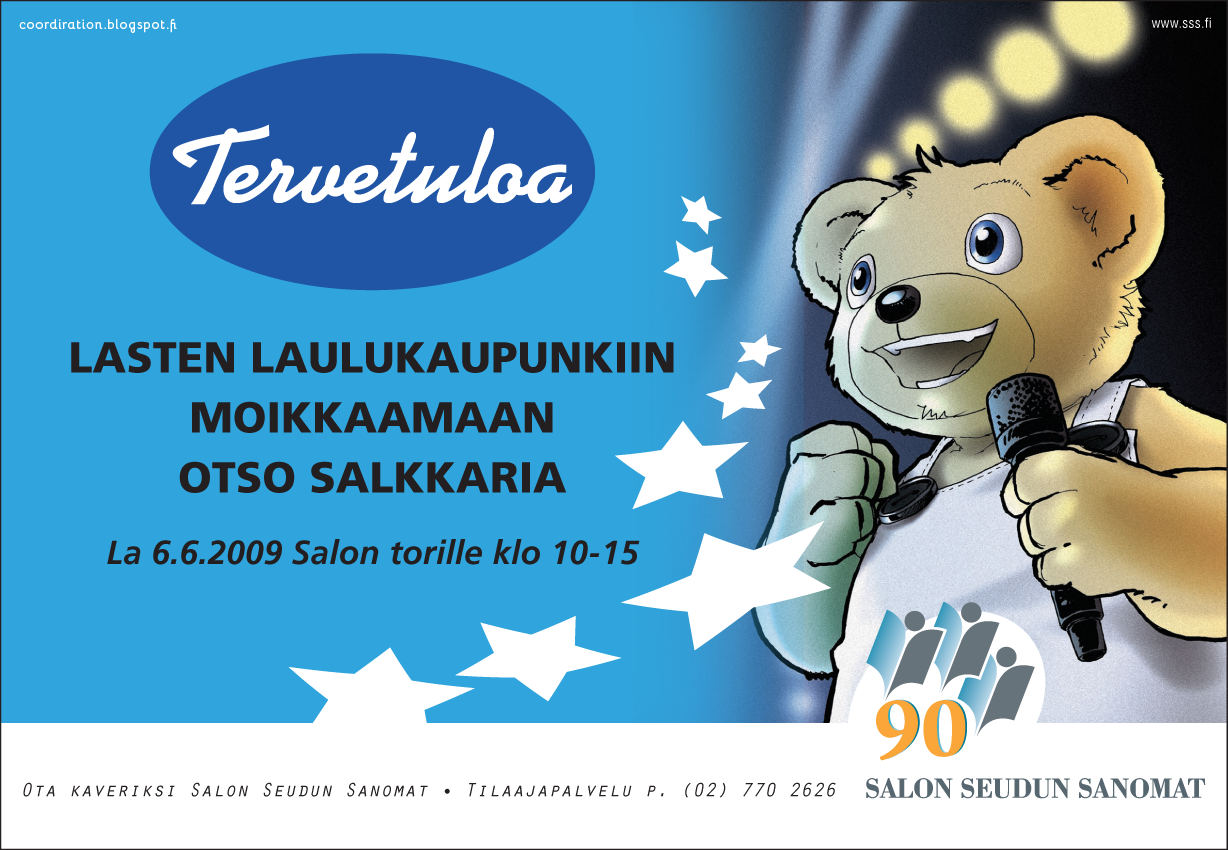 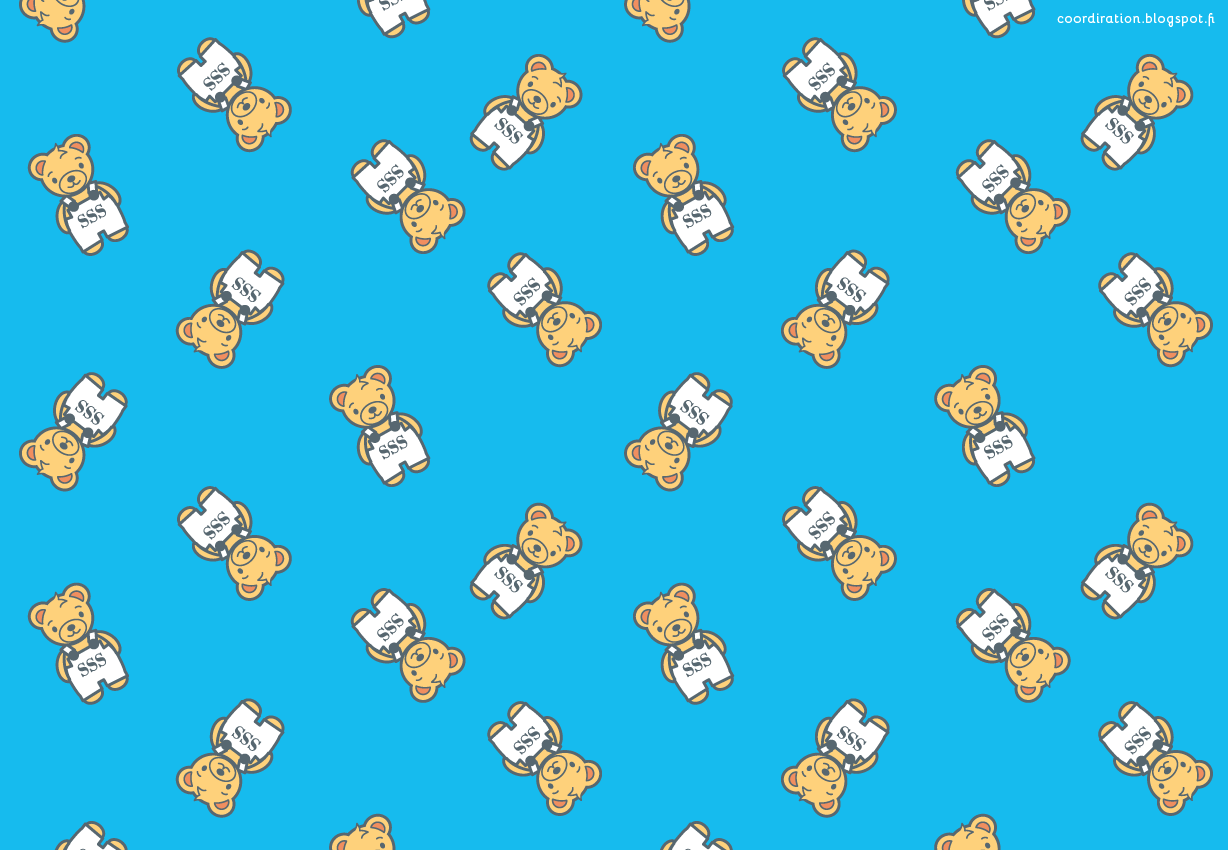 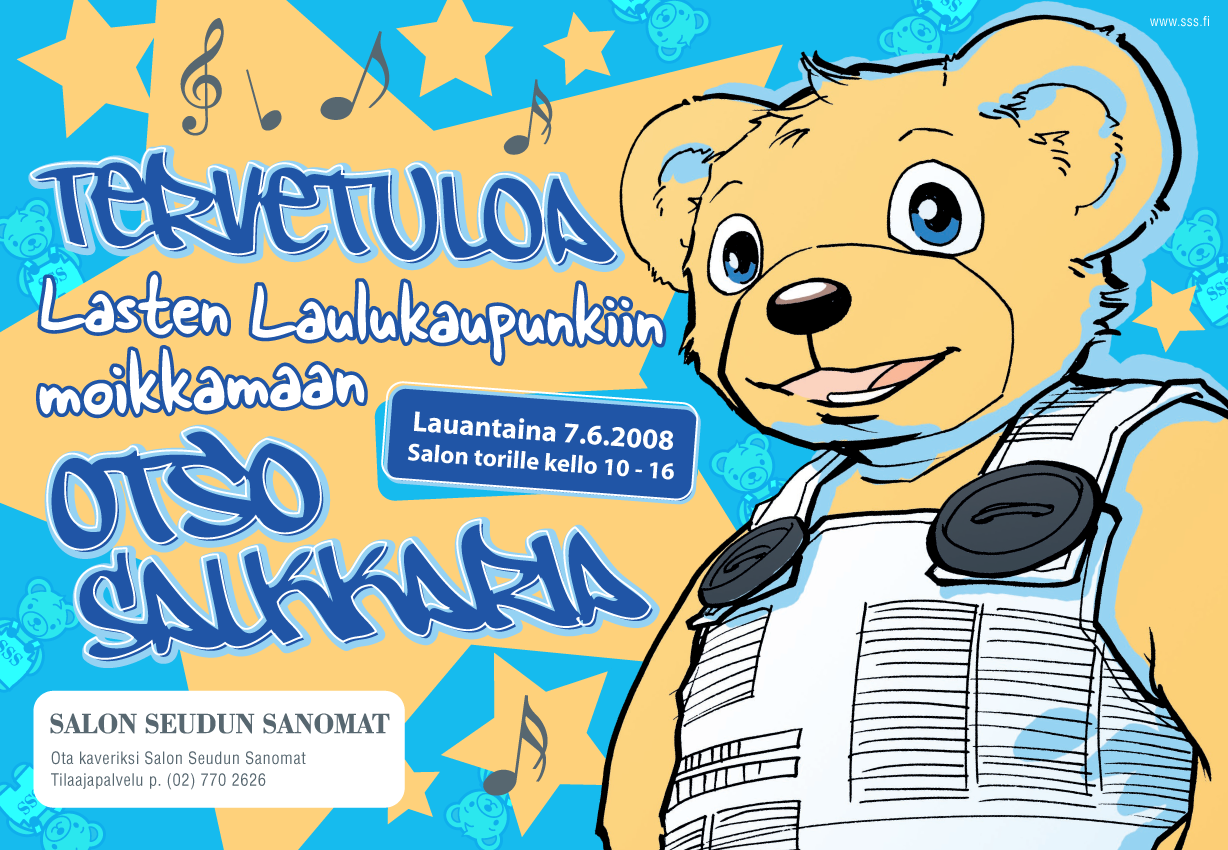 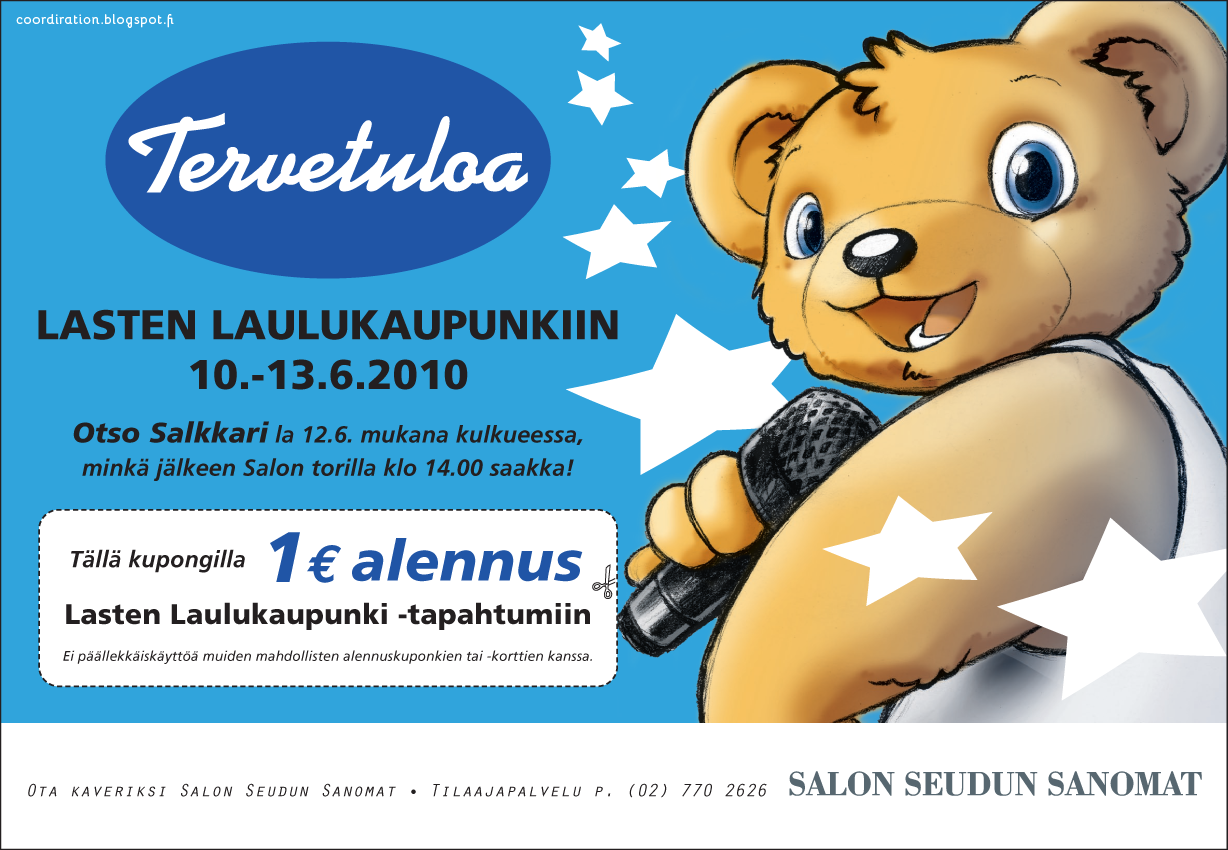 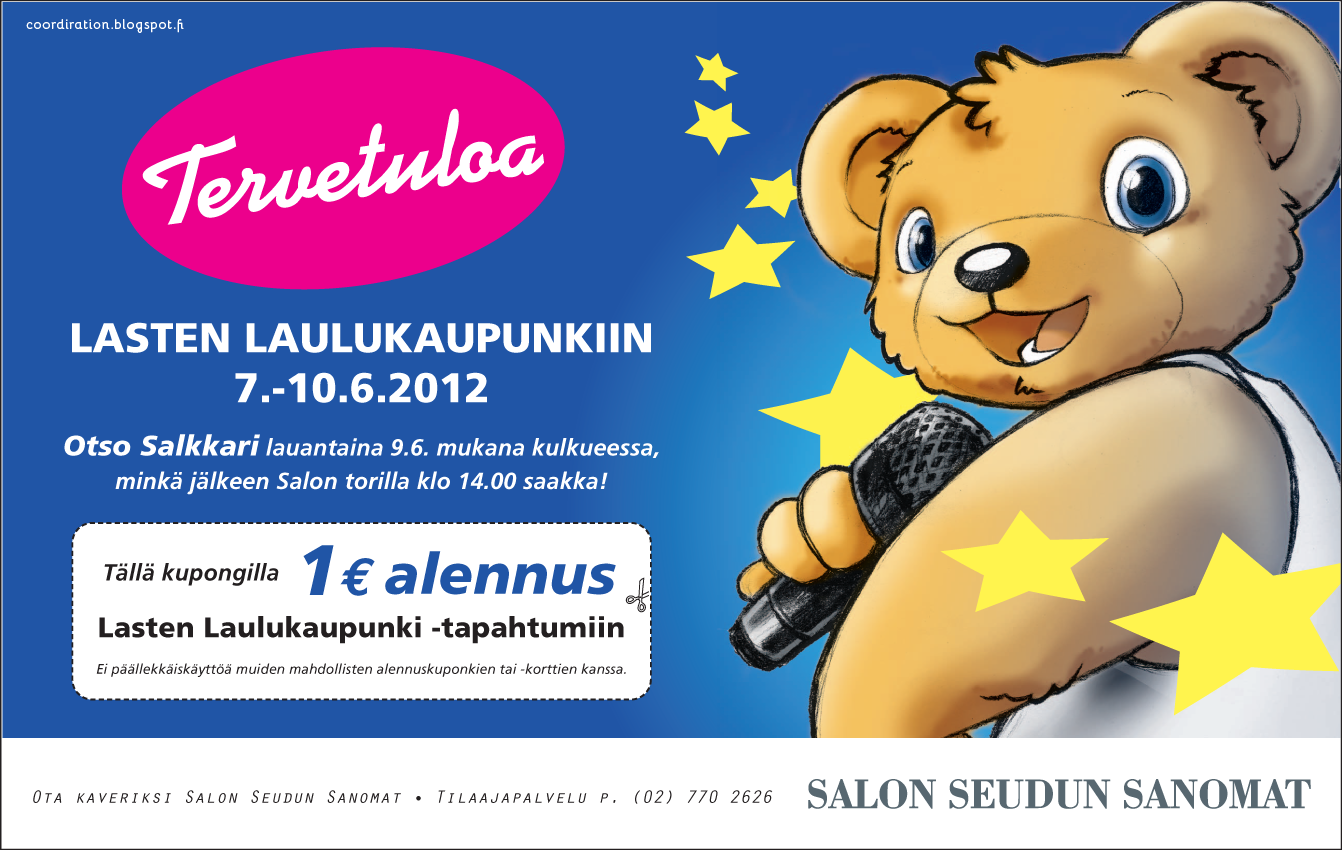 Don't much care for the rather Micky Mouse-y looking Otso in the 2008 ad (center row), but only just re-discovered the lovely Otso pattern I seem to have created for it - probably used only once as a glimpse of a background here and then regretfully forgotten.