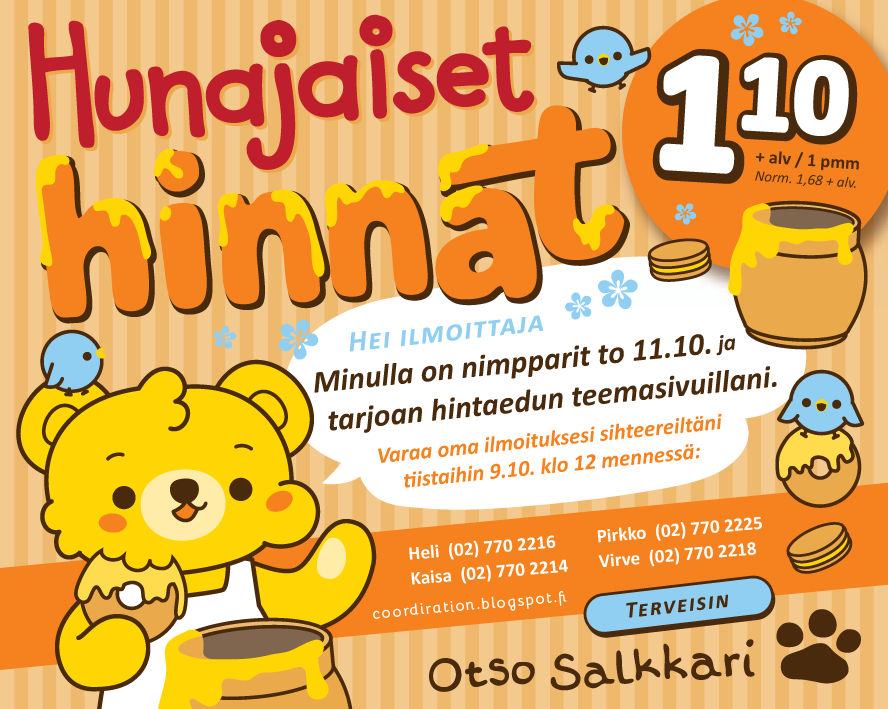 Other ads feature Otso Salkkari coloring book, and the renewed look of Otso mascot costume, of which I have no real knowledge if it was directly based on my typical portrayal of the character, but am greatly suspecting some connection, given it's more 'cartoony' likeness compared to the original costume. 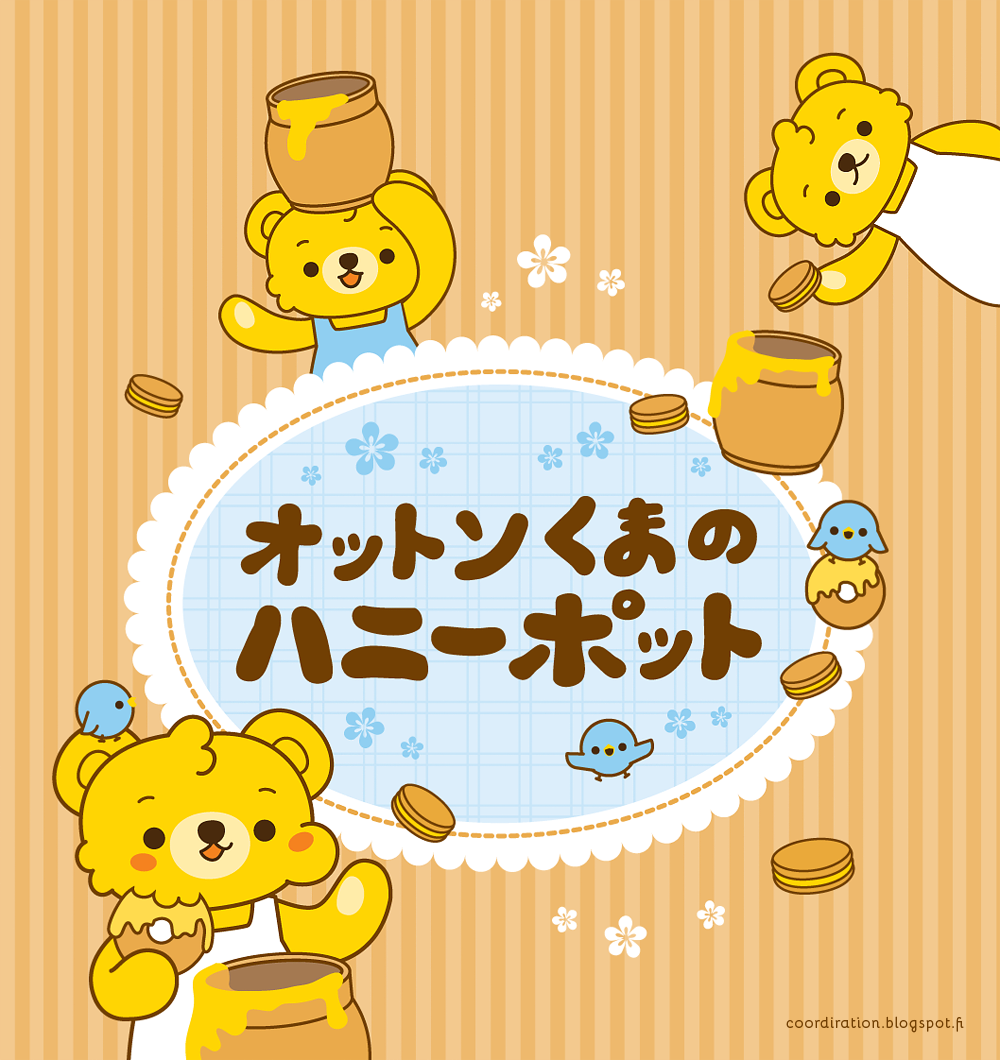 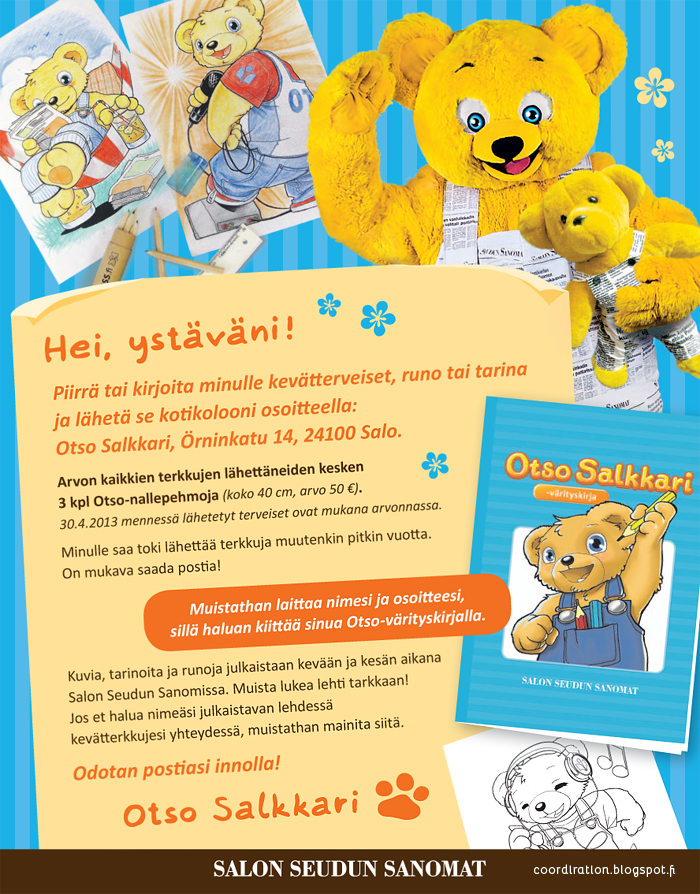 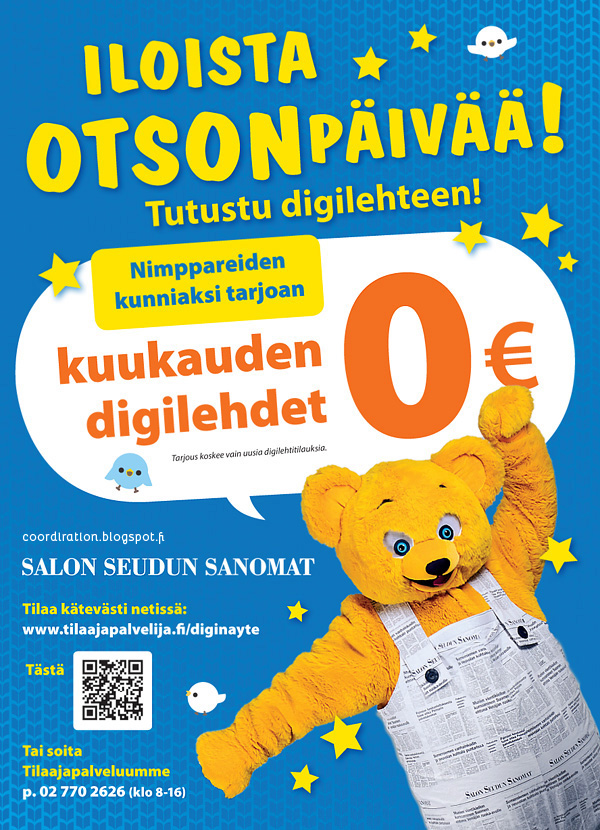