The original logo of the newspaper Salon Seudun Sanomat is not my design and rarely wholly featured in my projects in it's original form, but was instead widely modified from project to project. Especially the "three readers" motif appeared in several variations in works throughout the years 2004 - 2014.

The first thing I was introduced to the design elements of the logo with was the word "angels" (this was in a conversation not related to the logo itself). And while I thought "angels" as a bit too spiritual a concept for an unaffiliated newspaper's logo, "birds" were a whole another thing and close enough, so the thought of the SSS logo's "three readers" as 'birds' (or facsimiles of them) stuck throughout the years and featured in various forms in many projects.
Above: SSS logo re-design created for own peace of mind. I long wanted to update the logo's outlook 'officially', if even a little bit. Make it more rounded overall, balance the "wings" to "heads" ratio and brighten the color scheme. And alter the typography by toning down the serif - for logo usage anyway.

"3D" readers created for SSS screen use, featured also on the back of SSS marketing team's event vests. SSS 90 years anniversary logo sketches. Cartoony variation of the readers as they appeared on a digipaper campaign material.


The blue gradient and dull grey of the original logo (not my opinion alone) were replaced with brighter blue in almost all marketing related projects without much debate - this was infact often encouraged. My personal bane with the logo's original file were the hidden white 'spaces' in between the reader motifs, which were created by simply pasting the elements in white behind each reader and obviously showed up when ever placing the logo on colored background. I didn't know the original designer and didn't think anyone in the office would've known to answer if asked whether these things were supposed to be part of the design or just 'sloppy' execution, so I just kept discreetly removing then when ever necessary. In all the years no-one seemed to notice, care or complain. 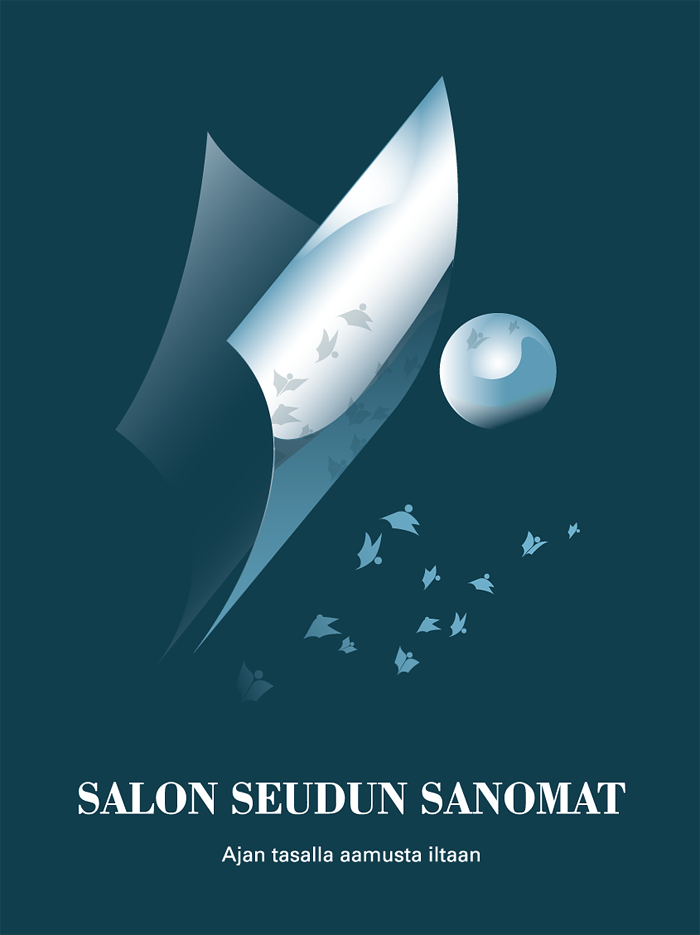 Shining "angel" design, used on price guide covers and on screen displays at SSS customer self service desk. SSS readers as they appeared on some expo roll-ups and stands. Illustration for the cover of 2012 prize guide employing several of the "readers" motif usages: as flowers (explained below), as the window on the scene, as three bluebirds and as a flock of flying "angels", which were a regular occurence in the background of many scenes created - ideal for the other common themes of clouds, sea and wide landscapes used in these "newspaper character" illustrations.

Flower field pattern using the SSS reader motifs created for a spring time subscription offer campaign. Couple years after this Finnish railway company VR Group took in use their new green cars with illustrated designs depicting Finnish nature on their sides with similar usage of a similar shape even. Not claming any connection with my work - though I'd like to finally take this opportunity to publicly point out the matter of the revamped VR-logo's less likely coincidental similarity to that of Japan Railway's JR-East logo ;) - but having been a daily train commuter back then, this was something that couldn't escape my attention. 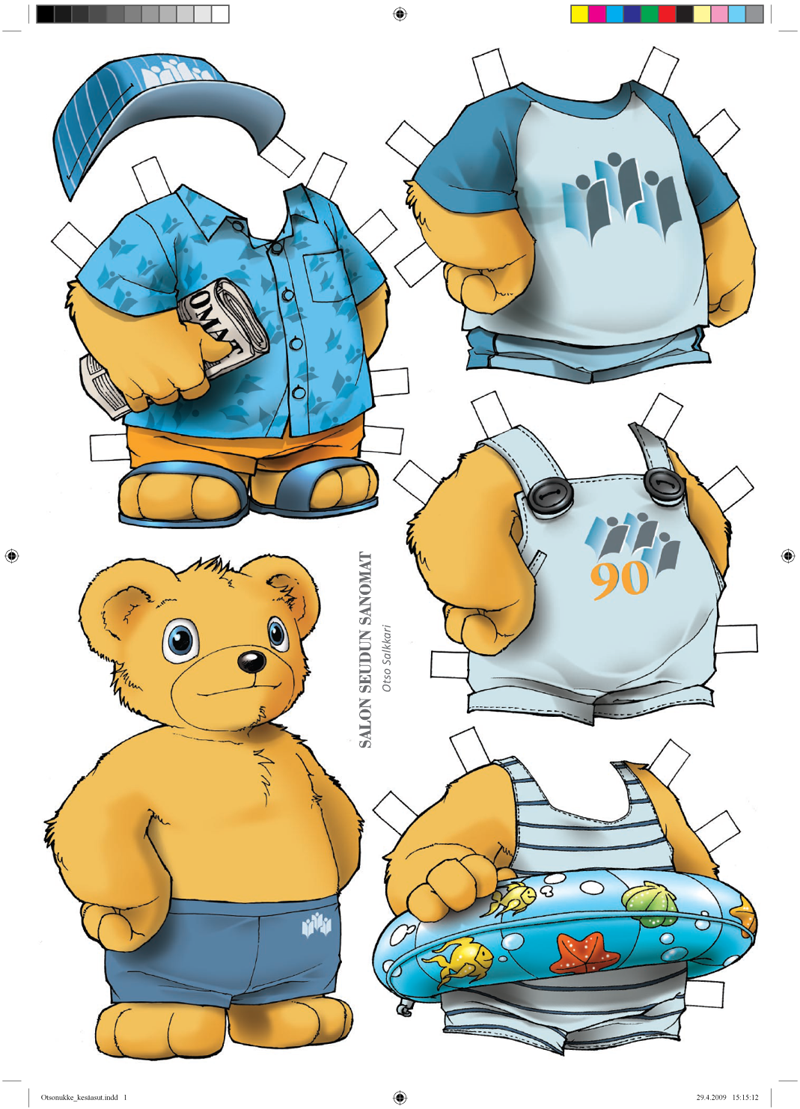 The three birds appearing in a Christmas greeting illustration with Otso Salkkari and as patterns and 'brands' on Otso paperdoll (examples of the aforementioned 'white spaces' between the readers elements can be seen on the shirt logos). Other great examples of the logos usage as a decorative element can be seen in the Otso advent calendar of 2009. The three readers as bluebird characters also appeared on several ads with Otso Salkkari. 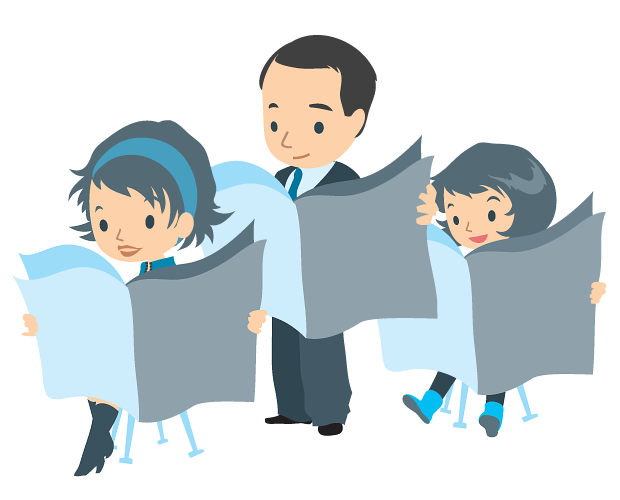