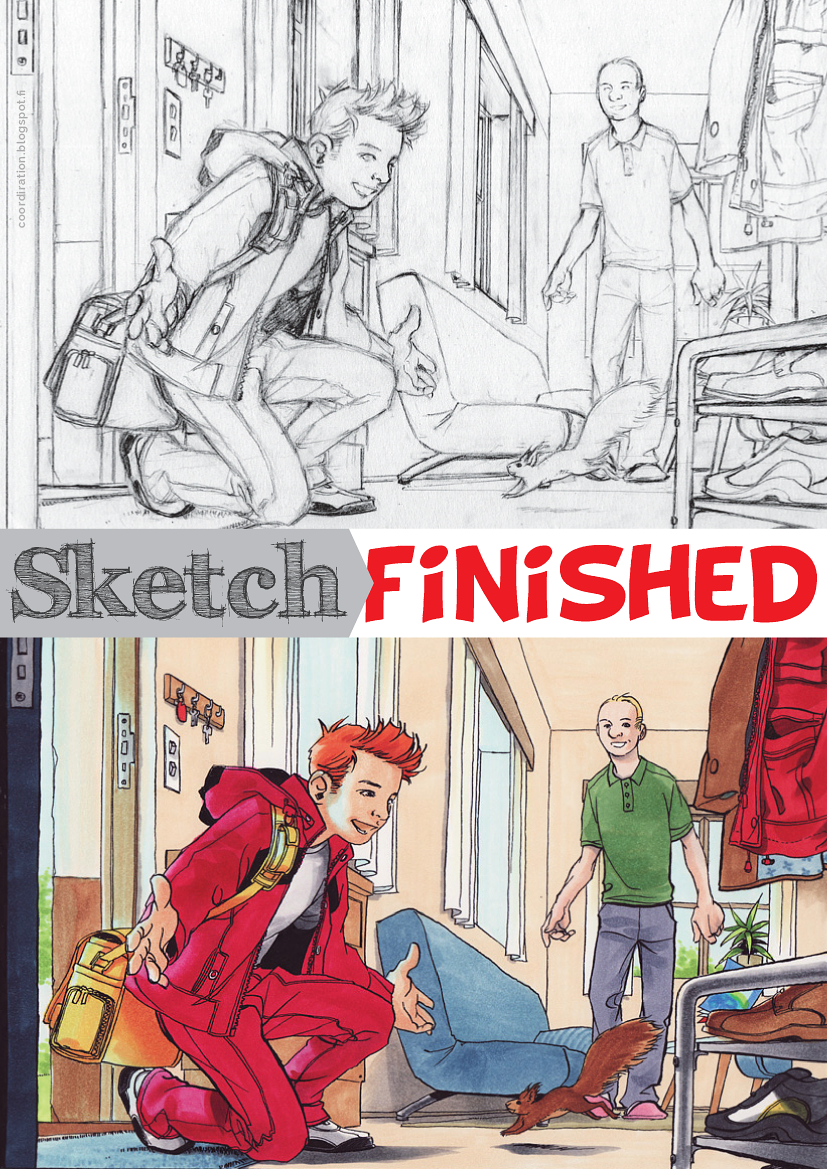 In 2007 I spent brief time revisiting beloved characters, that were - along with Asterix, Lucky Luke and Tintin - a staple part of library literature in childhood: Spirou and Fantasio. I've long wanted to do more with them still, but somehow just haven't gotten around to it... yet.

Above: "Home Again". Always thought Spirou's wardrobe should suit an active man. I liked the approach Janry had with him for more active wear, but most of that neglected the original look in all but coloring, and I liked to expand upon this with 'sporty wear' that would still reflect the look of the classic bellboy outfit by using familiar elements like the black stripes. Thus probably more time went into planning the gear in this piece (and otherwise), than drawing the actual image: this study for different styles of shoes for example - sneakers that would give the appearance of the character's original 'spats look' (which I always found a rather too formal wear for the kind of adventuring that went on in the comics). Fantasio's pink slippers are totally 'canon' though, and that doorway / livingroom configuration comes from Franquin's run on the comics. 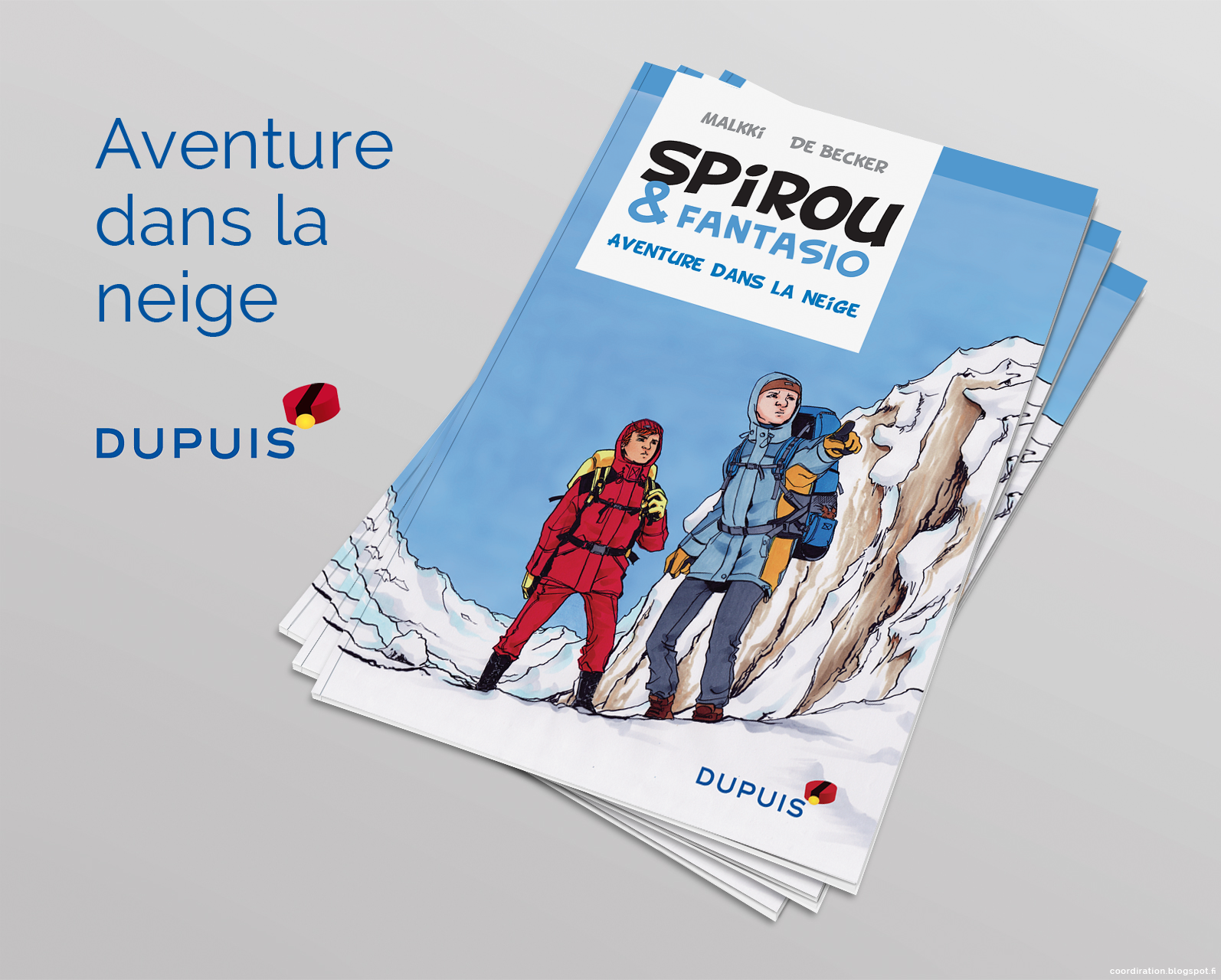 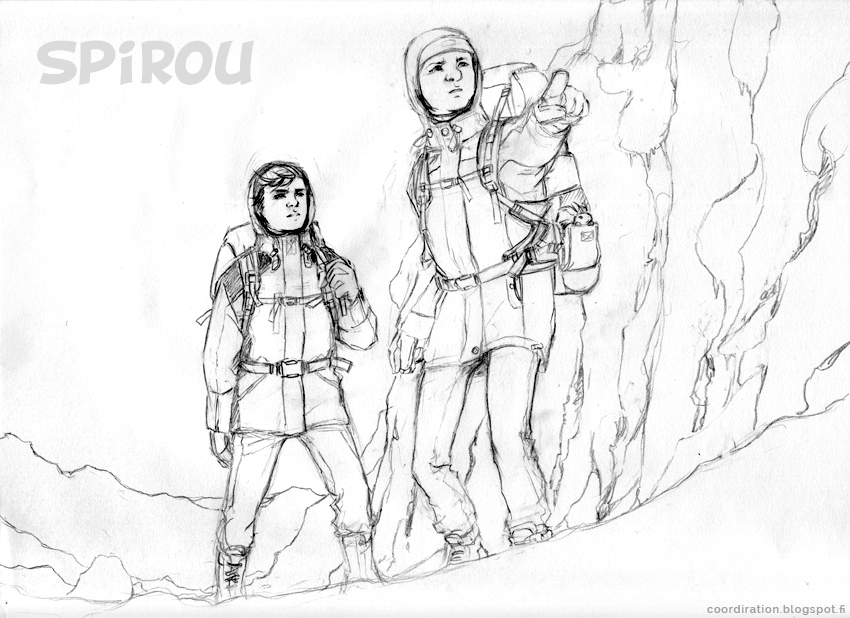 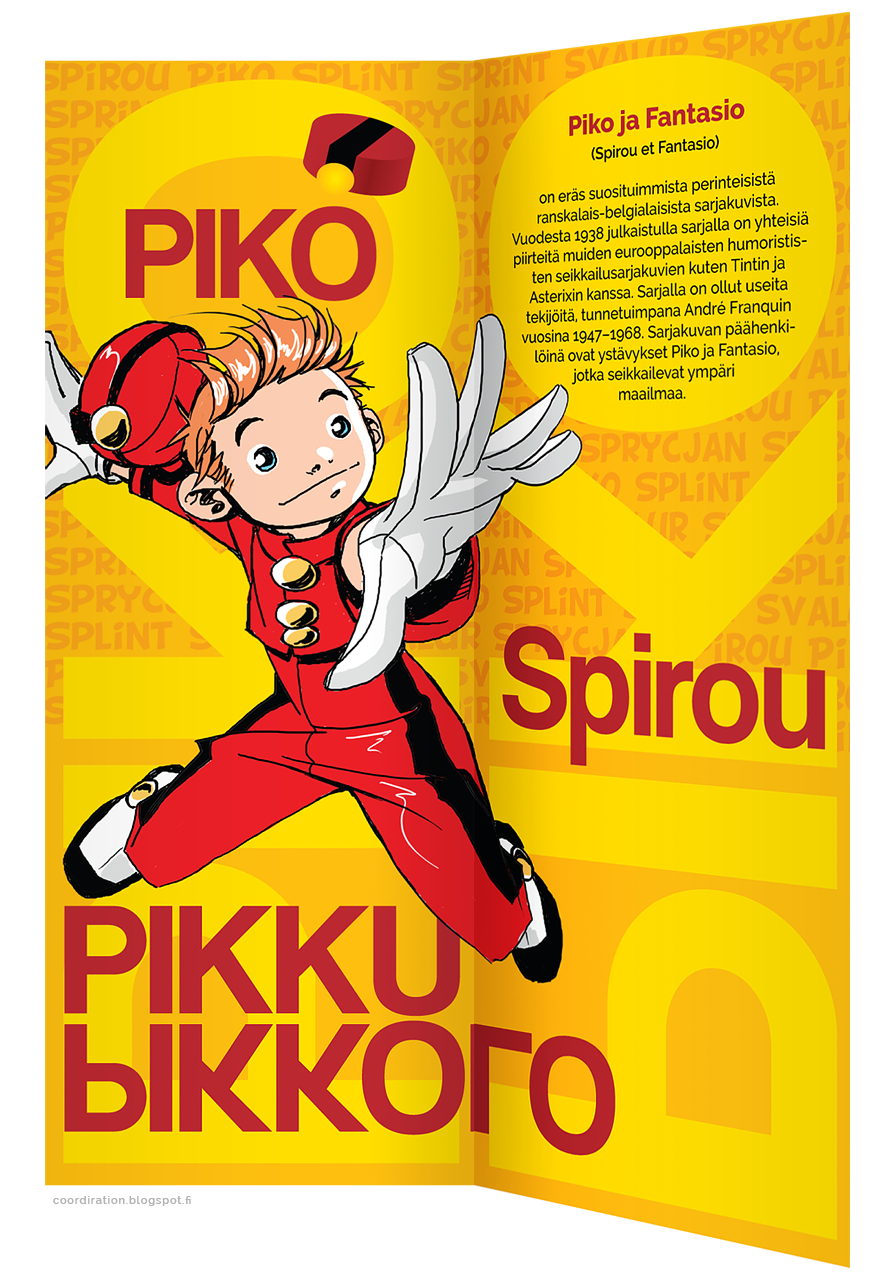 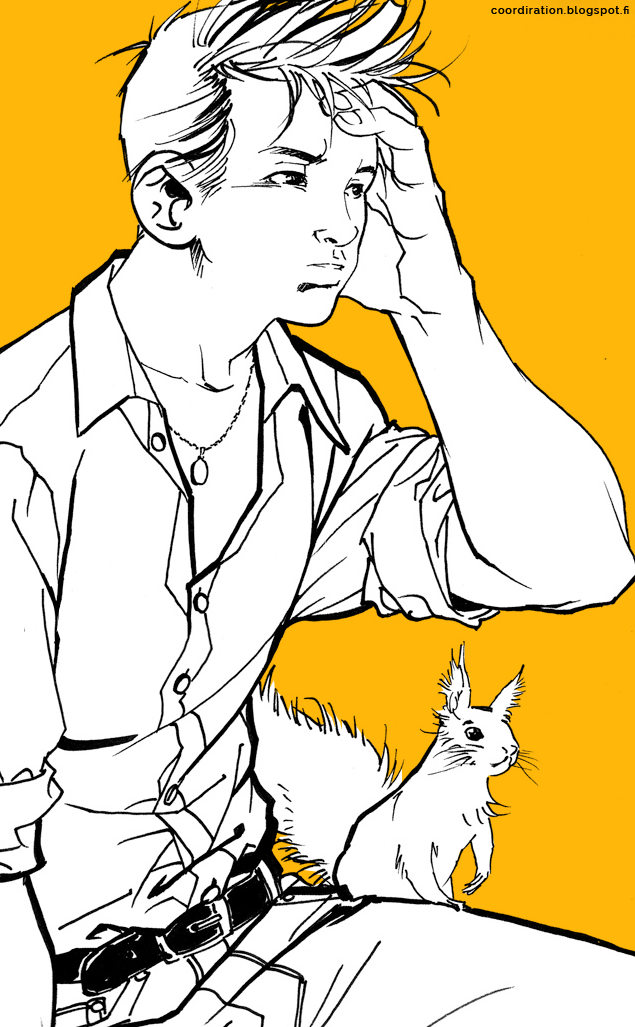 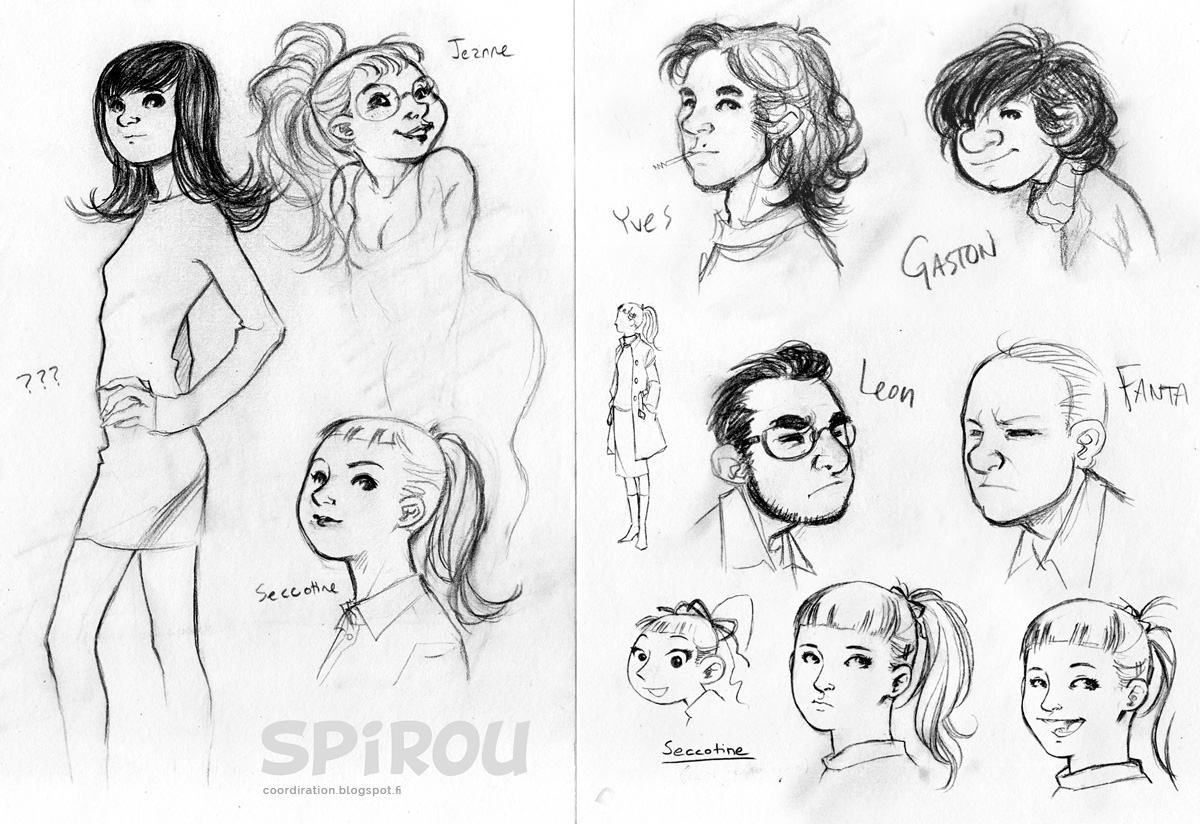 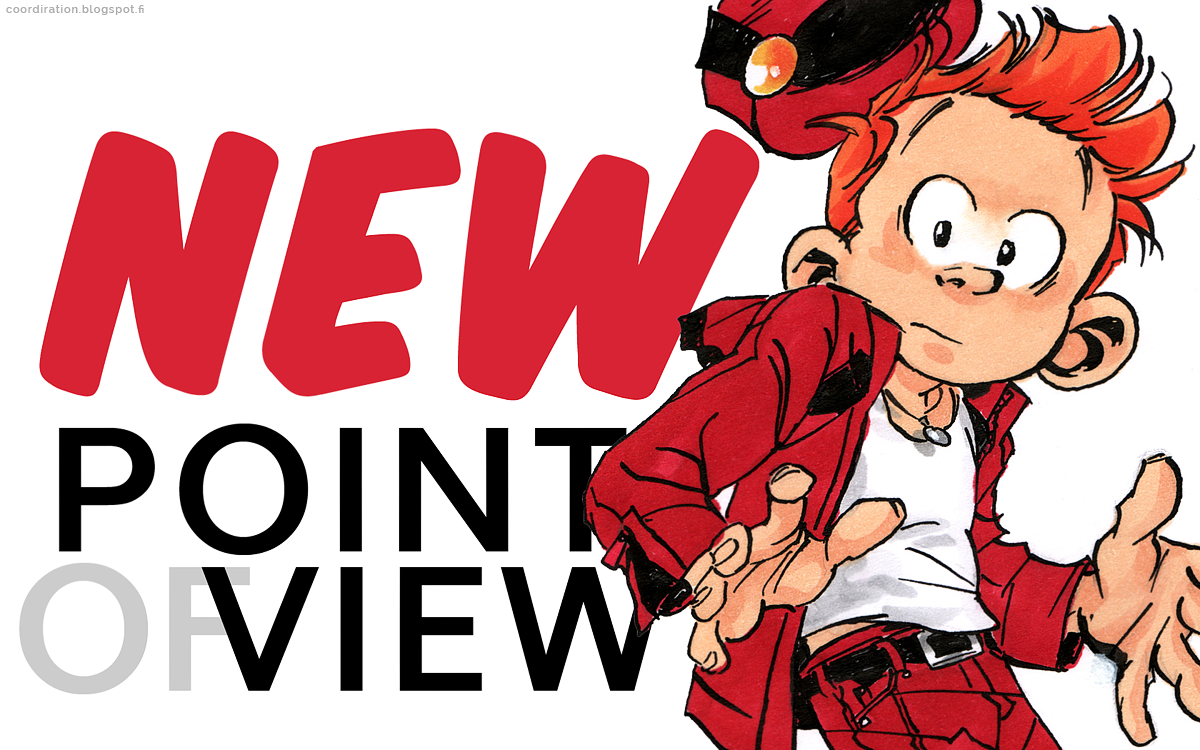 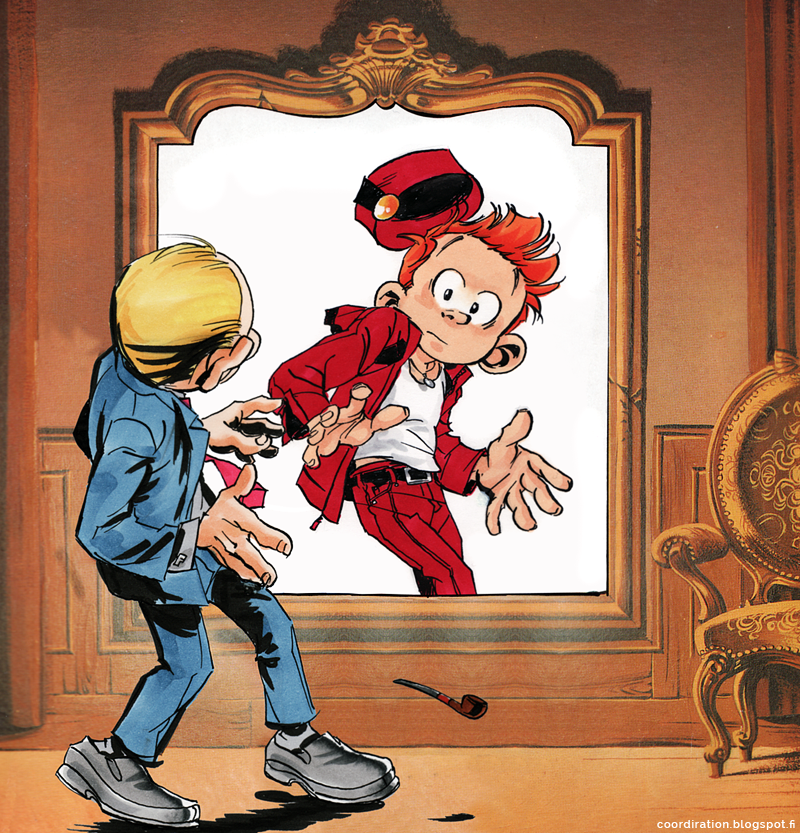 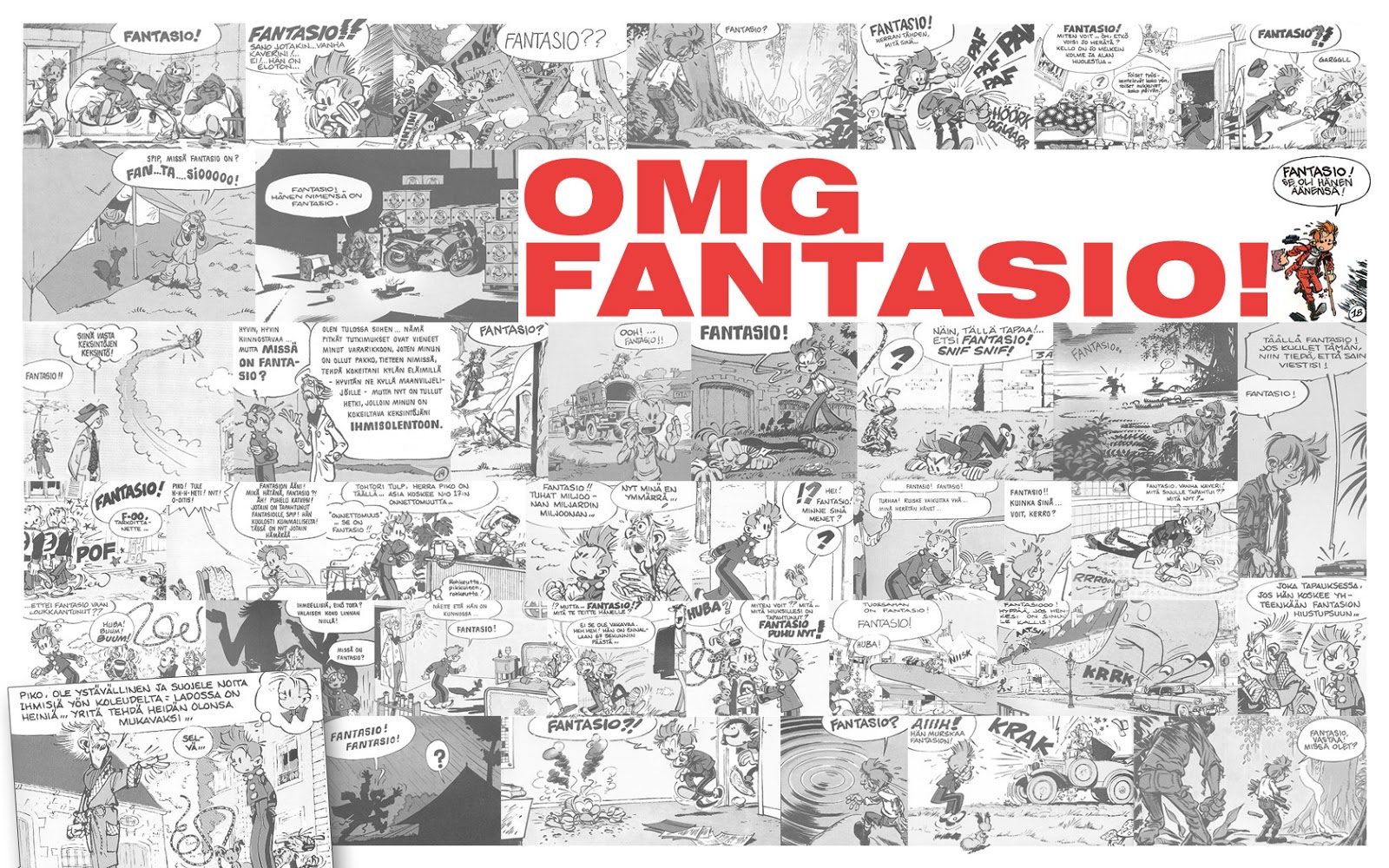 Above: an idea after the cover of "Rayon Noir" by Janry. And a silly compilation I remember I gathered by flipping through all the Spirou albums, scanning and editing the separate images and putting them together... just to make a desktop I used maybe couple of weeks. Got a giggle out of it though. Below: subtle differences or just ridiculous standards? Red headed reporters / adventures, and shoe designs. 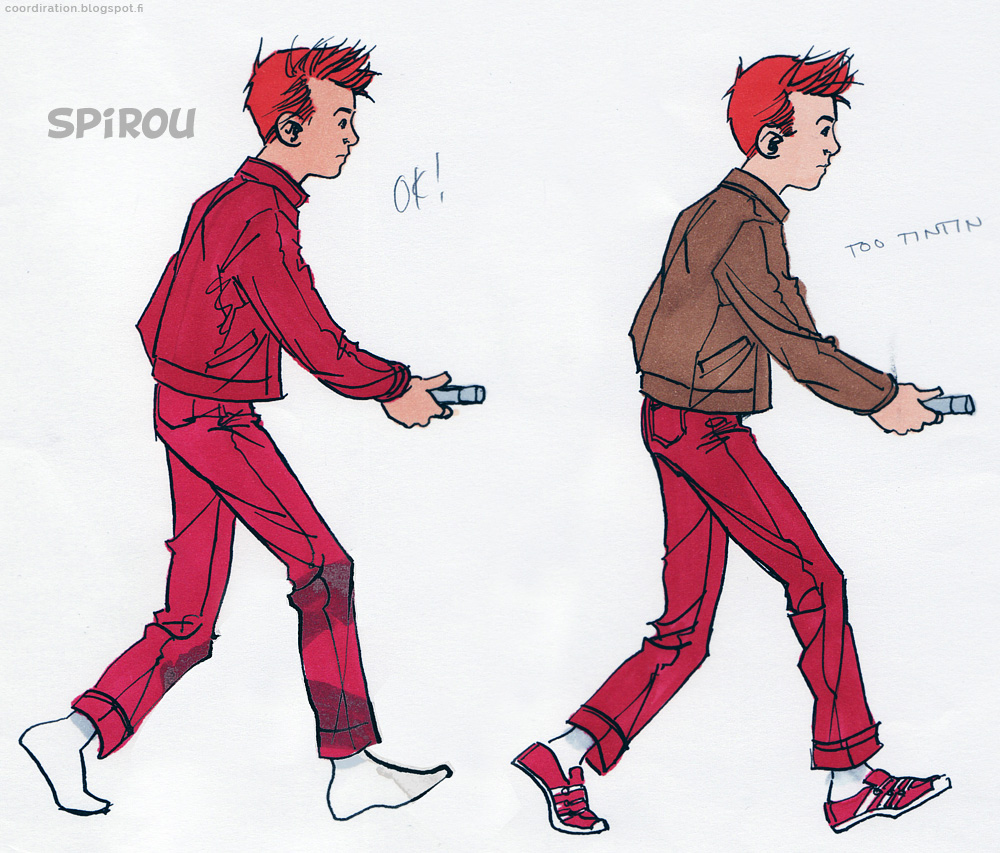 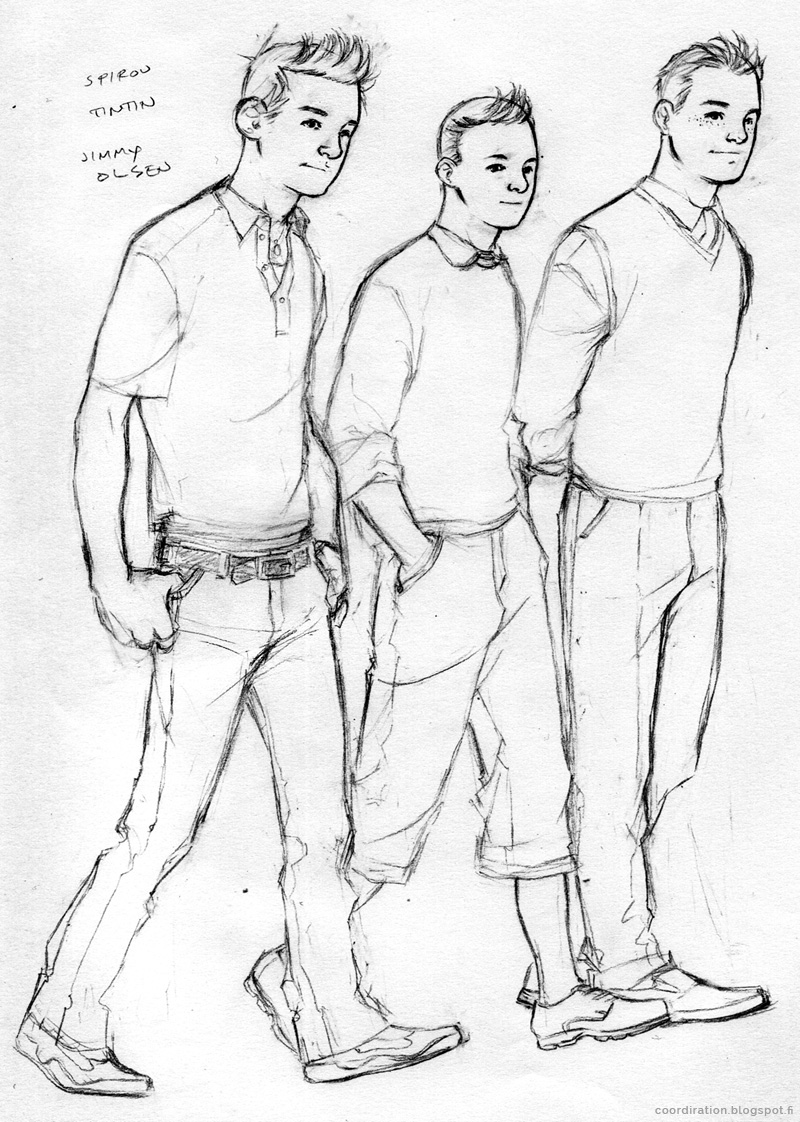 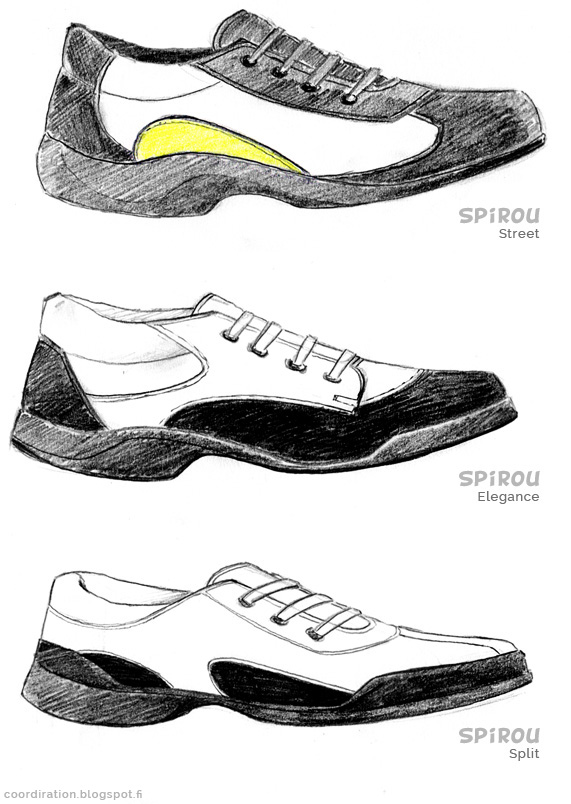