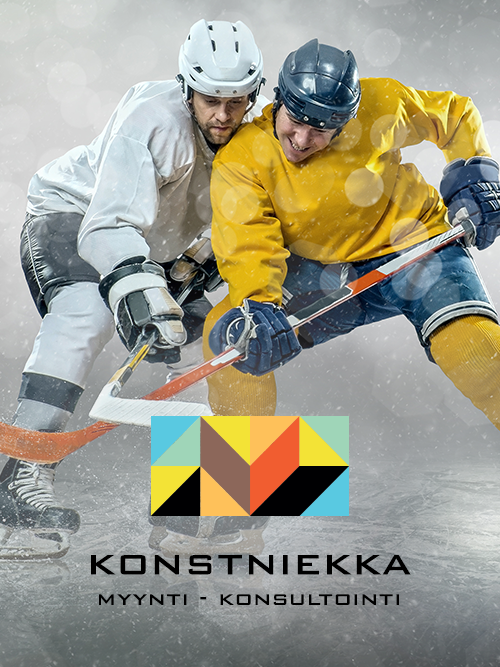 The basic set of banners I've been working with at my job recently consists of three vastly differently shaped templates all within each created campaign. This in most normal cases requires the same material to perfectly fit all three of the bases, regardless of the original materials' orientation.


This was a fun one to work on

Here I had to think about the motives of the action in the image I chose based on the campaign text, and how to emphasize the interraction between the characters in the available spaces. The original photo of the fighting hockey players, which I chose based on the provided text, presented the yellow shirted 'Swedish' player to be slightly less 'dominant' of the two, with the 'Finnish' guy beating on him, but the message on the banner was to be a rather provoking "do we let Swedes to beat us (on this given field)".

To get the message across within the image, I decided firstly crop it tightly to zoom in on the action and only show the most necessary bits as largely as possible. Then, in both cases I had to go in and change the arrangement of the elements in the image as well (especially radically in the case of the upright banner): turn the image so the yellow shirted fellow would loom over the other guy and even add a more clinched fist for him.

Quite cruesome task to work on in an imaginationary level in fact, but with visually striking results... actully too much so: in the end the campaign was changed to a bit less violent one and concentrated on the teamwork aspect of the game instead, with the two players equally displayed engaging in a fair match of hockey. Wise decision and a much more tasteful option, imho. And even if the work then went to 'waste', this was an inspiring practice in 'character manipulation' never the less.

Below are quick animated samples of the construction of each image / banner.