For ten years - from 2004 to 2014 - I worked as an advertisement and marketing material designer for the daily newspaper Salon Seudun Sanomat. One of the most enjoyable and personally profound tasks I had the pleasure of working with there was the creating and developing of the cartoon persona for the company's yellow bear mascot, Otso Salkkari. 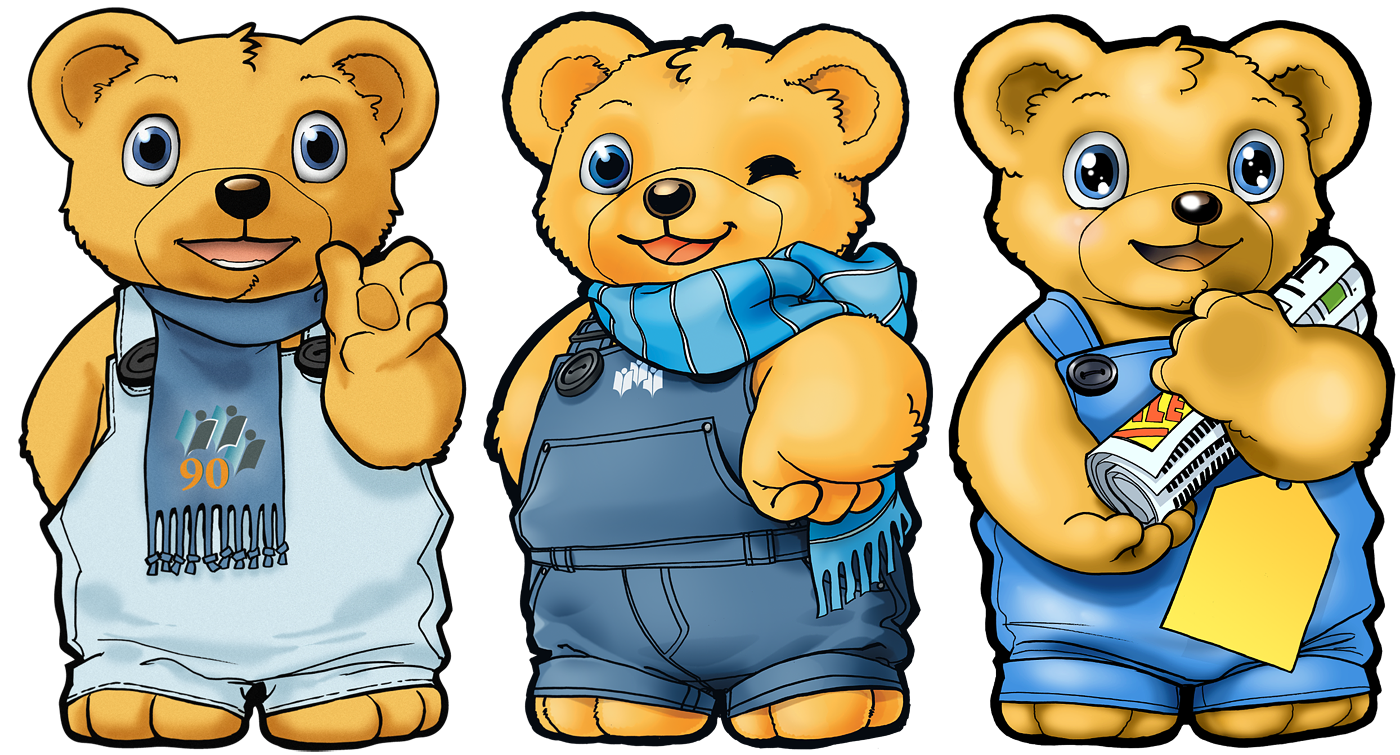 Cut-out campaign ad cards for the newspaper's subscription distributed directly to homes from years 2009-2011. The most fun aspect of this project was figuring out the ways to fit Otso differently into the same shape each year. 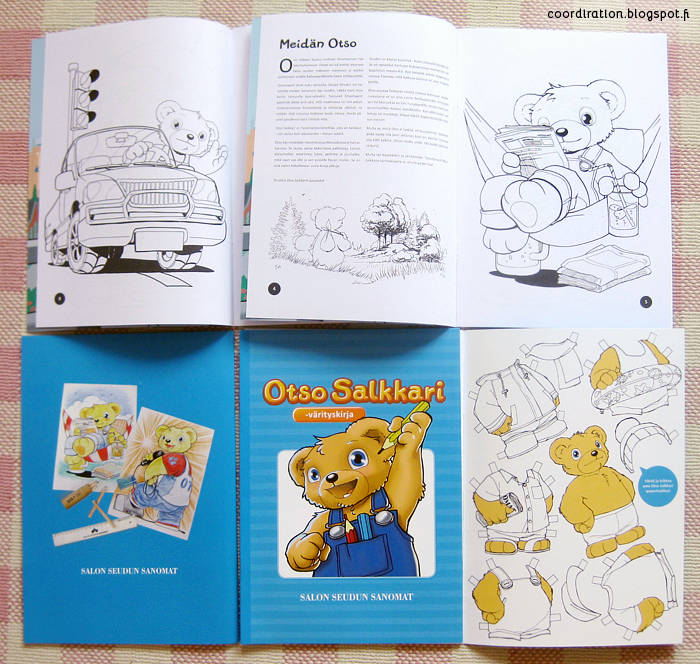 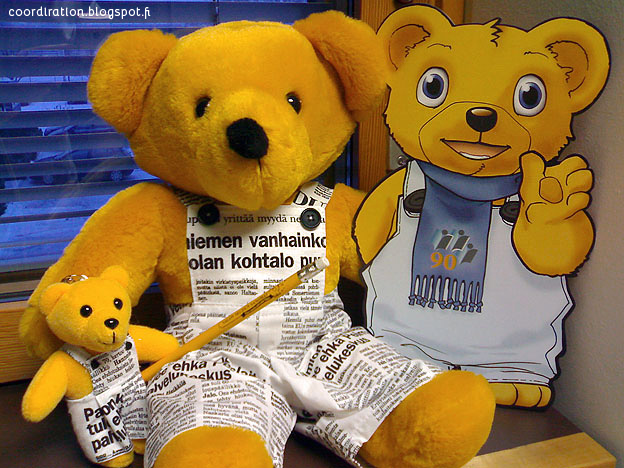 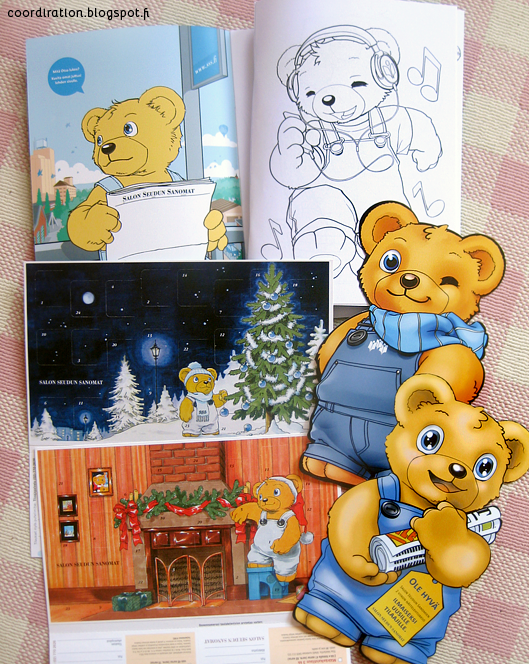 Otso appeared in many forms of advertisement and campaign materials and promotional items over the years - Christmas times were especially busy for Otso with greetings and advent calendar campaigns. From the first conception Otso's look continued to develop over time as I grew more familiar with the character, and though it stabilized eventually, I would occasionally experiment with different mediums for approaching the character - from watercolors to line art and vector drawings. Inspiration was drawn from the shape of dear childhood Moomin plushes to other famous bear mascots - Otso especially idolized all his other yellow 'colleaques' (Winnie the Pooh, Budsey bear, Teemu-nalle, Upponalle...).

Here, and in upcoming posts labelled "Otso Salkkari" are some of the projects involving the bear, as well as few other projects for Salon Seudun Sanomat. 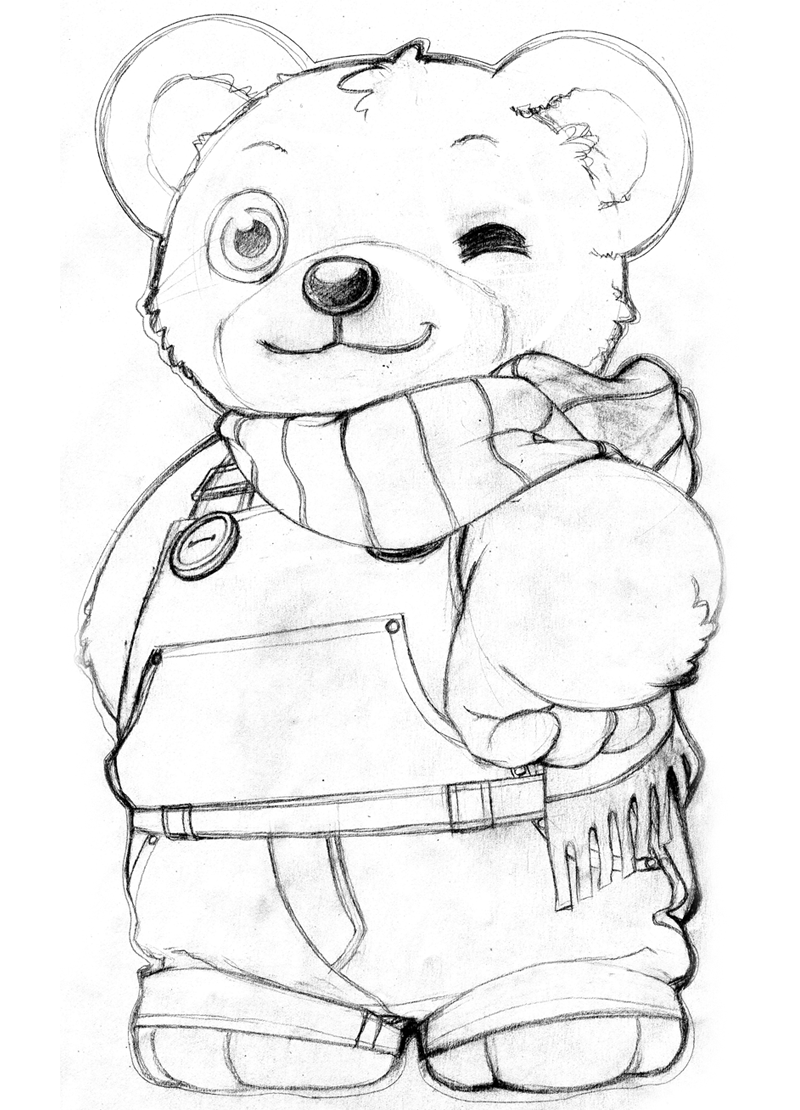 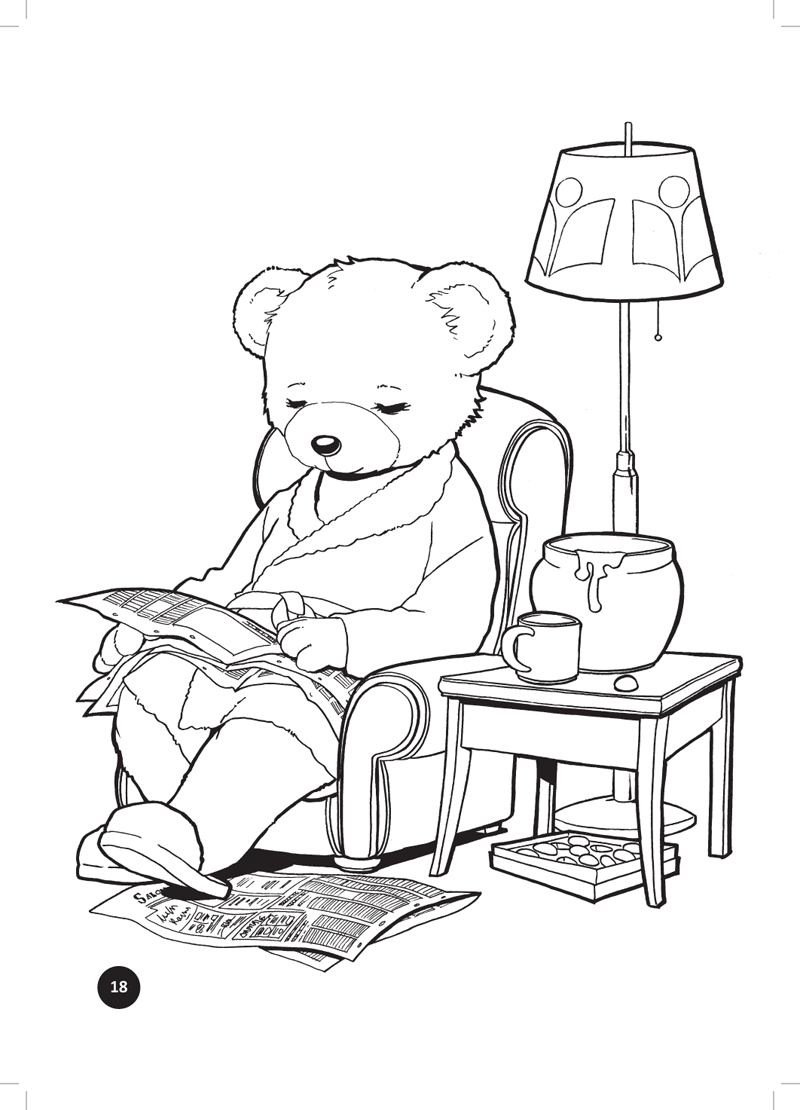 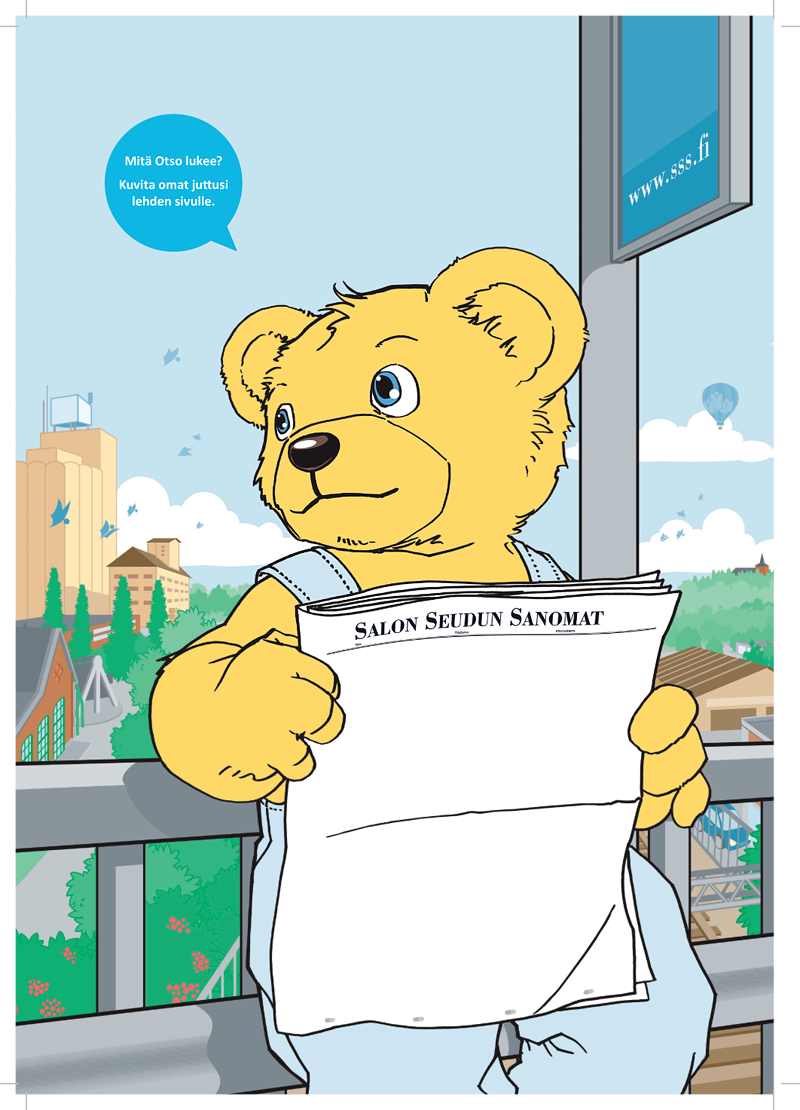 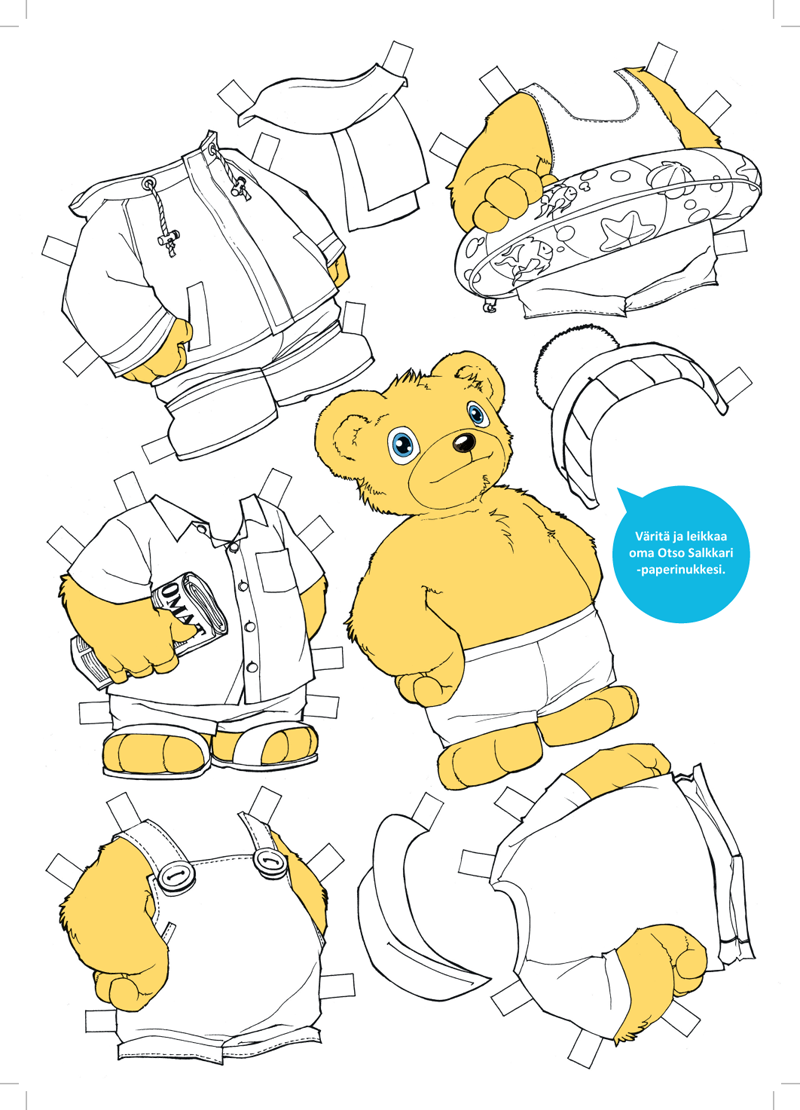 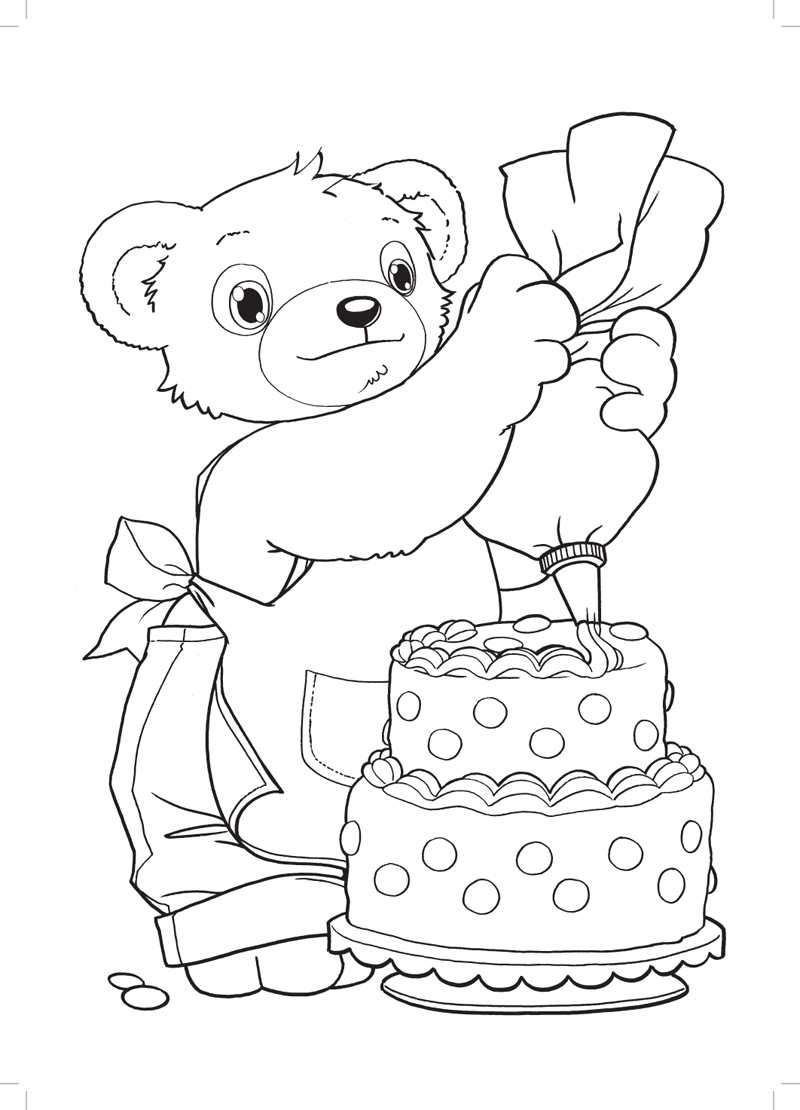 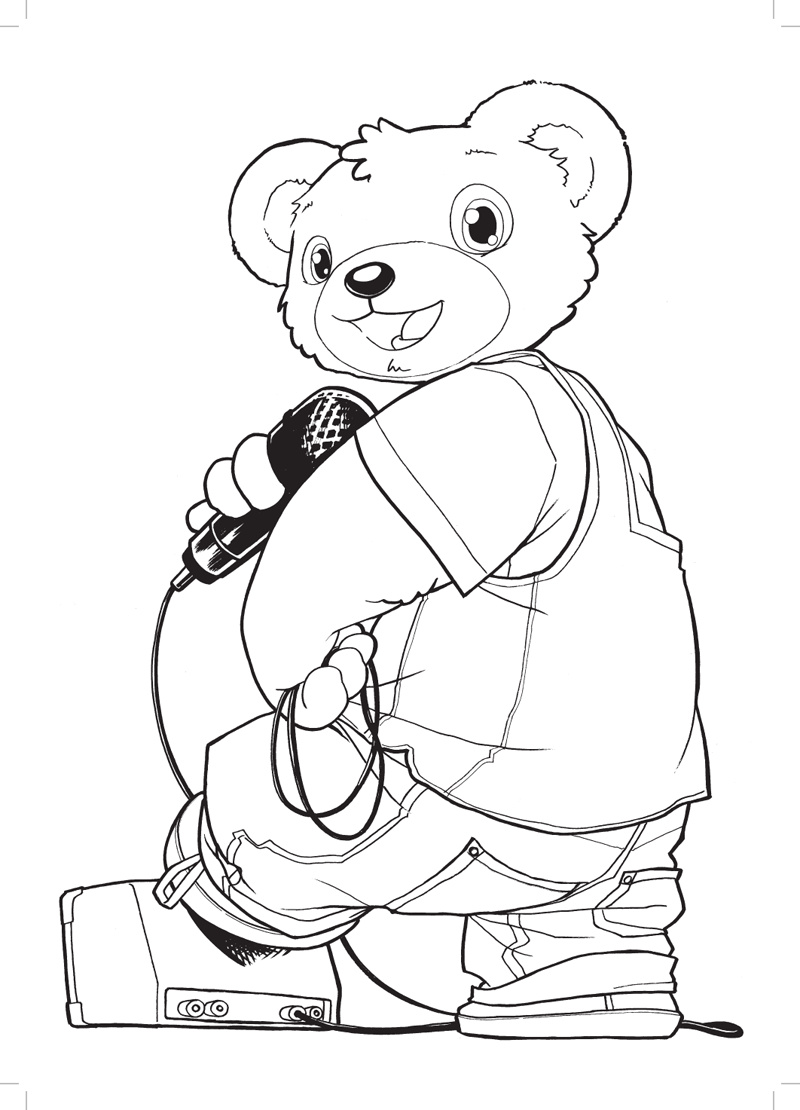 A card sketch and some pages from Otso Salkkari coloring book to be handed out to kids on events Salon Seudun Sanomat took part in. Top right Otso with the newspaper with Salo scenery background (as seen from the Meriniitty overpass bridge) is a middle part of a landscape image created to adorn the game scores board in Salo-halli volleyball court.