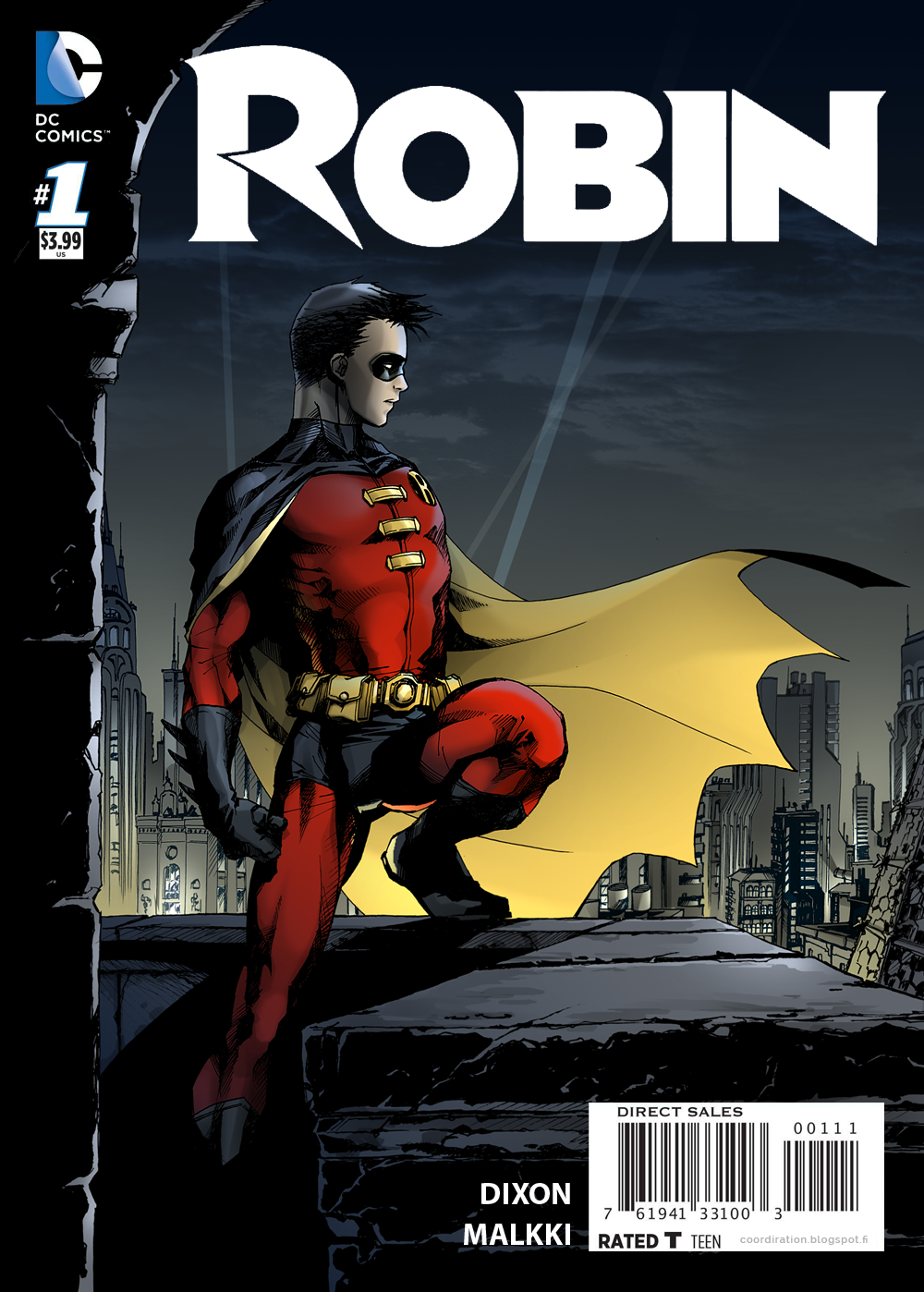 Somewhere from 2006 to 2007 my interests on hobby front took a turn from more manga inspired sources to American mainstream comics, and thus also artistic projects mainly concentrated around the DC comics' universe, and specifically within the 'Batman family'.

This is one of the works from that time. A geekish fact that I cherish here: this was likely the very first fan made artwork of the Robin's then new red and black outfit - hastily done overnight right after the first official images of the renewal went online, and published the very next day. 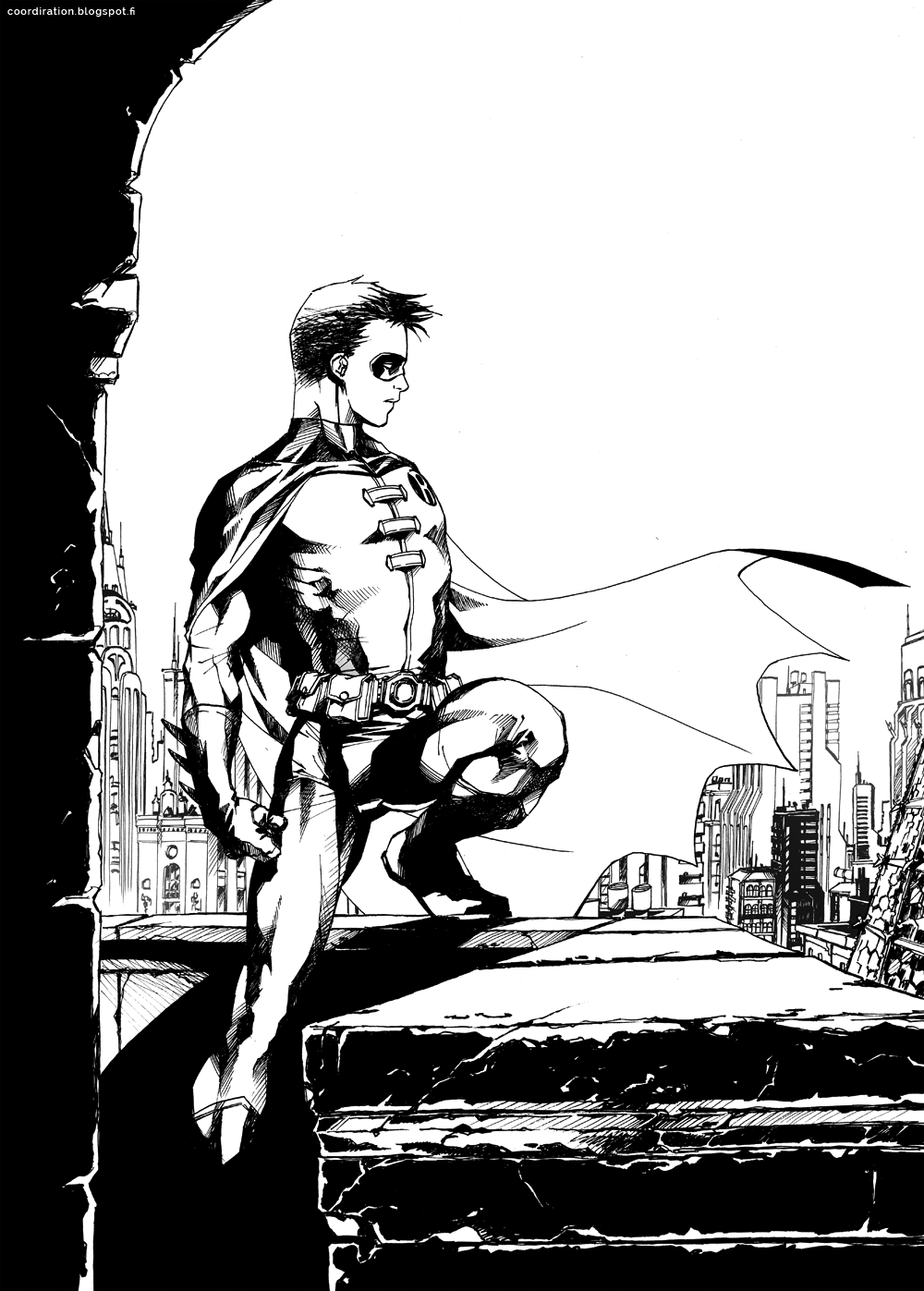 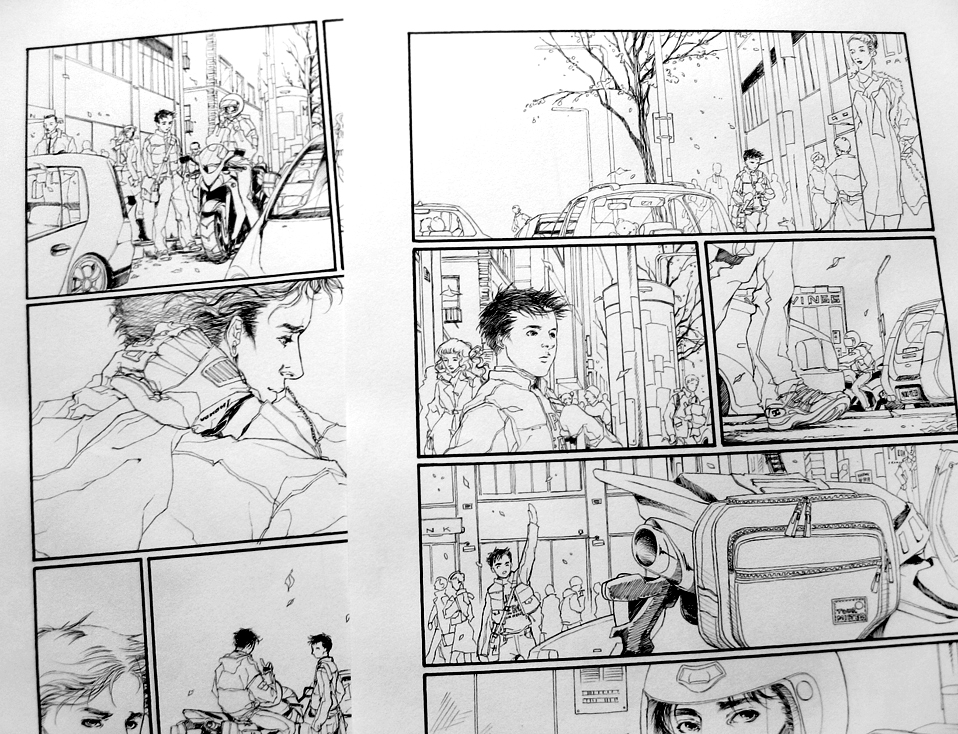 Inked pages for a Robin fan comic, 2007. True to the American mainstream comic form, the pages are empty of balloons and sound effects, which would be digitally added later in the production. For those with enough knowledge of the fandom and who might wonder: the characters depicted are the Robins Tim and Dick. As often the case, I seem to have exhausted myself with concentrating on minute details of the gear and surroundings: zippers, shoelaces, clothing seams, brand tags, street adverts and notice bills etc. (Tim appears to be wearing DC sneakers - fun detail I must congratulate my past self for *haha*).